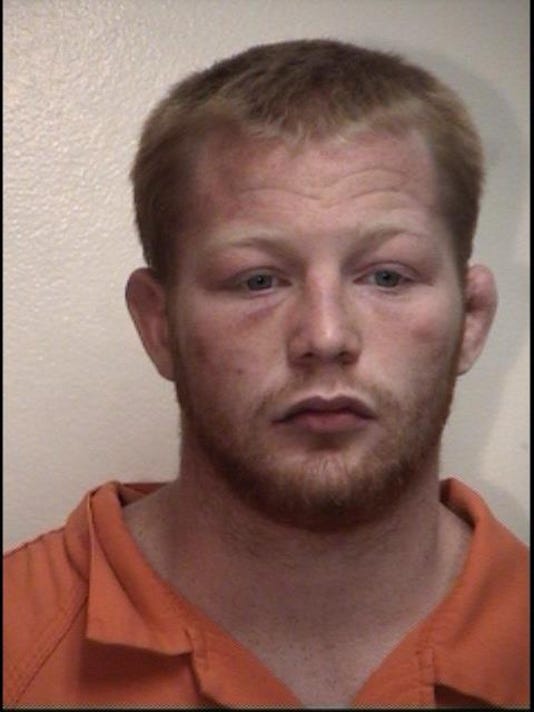 The incident started at off-campus student housing and there was a separate incident at the emergency room of Lock Haven Hospital, Lock Haven police confirmed Friday evening.

On Friday night, Lock Haven University Sports Information Director Douglas Spatafore wrote in an email to GameTimePA.com that Marsteller is no longer a member of the Lock Haven wrestling team. The university provided no further comment.

Marsteller is a four-time PIAA wrestling champion and was undefeated during his high school wrestling career with a 166-0 record. Just 12 wrestlers have accomplished that feat in state history while just five have done so without a loss on their resume. The 166 career victories are the most accumulated by an unbeaten wrestler in Pennsylvania history.

Chance Marsteller had a standout career during his days wrestling at Kennard-Dale High School. He is arguably the best wrestler to come out of York County, winning four state titles and posting an undefeated 166-0 varsity record. Chris Dunn
Fullscreen

Marsteller's accomplishments were made even more impressive by the way he was able to achieve them. The former Kennard-Dale standout only utilized the entire six minutes of a match 20 times over the course his high school career. During his senior season his average pin time was 44 seconds. Chris Dunn
Fullscreen

During the course of Marsteller's illustrious high school career he won 92 matches by pinfall, 51 matches by technical fall, 10 major decisions, and 10 decisions. Only three of his victories came by forfeit. Chris Dunn
Fullscreen

When Chance Marsteller graduated in 2014, he was just the 11th wrestler in the state to be a four-time state champ. He was also just the fifth wrestler in Pennsylvania to finish his high school career undefeated. Submitted
Fullscreen

Marsteller's rise to prominence began before he even stepped on the mat in a high school match. He began receiving national recognition in junior high school. During club team matches, Marsteller would pin some Division I college wrestlers. JASON PLOTKIN
Fullscreen

Marsteller's high school success led him to an opportunity to wrestle at Division I Oklahoma State. There Marsteller ran into some problems both personally and athletically, and posted a 6-5 record last season before he was suspended for violating team rules. He would transfer to Lock Haven University in May. Nam Y. Huh/The Associated Press
Fullscreen

After originally attending Oklahoma State University, he transferred to Lock Haven where he was hoping to compete this year. The change came after a tumultuous two years with the Cowboys' wrestling program.

"I know it's been a tough move mentally and physically with (Chance's) career and everything like that, and the expectations," said Marsteller's brother John on Friday evening. "But right now we're just going to try to see the situation out to its fullest extent and see where we can go. Right now I can't really give you a lot of comments at this moment."

The move to Lock Haven was intended to rejuvenate the wrestler's college career, Marsteller told the York Daily Record in May.

"It's been difficult to deal with. I put a lot of pressure on myself in high school and afterwards, and I haven't proved myself in college," he said at the time. "That's why I feel this transition is great for me ... to take off some of that pressure."