The Littlestown boys' tennis team saw its successful season come to an end Wednesday with a 3-2 loss to Lancaster Mennonite in the Class 2A team tennis consolation match at Racquet Club West in Lancaster.

Check out some of the top boys' tennis players in the York-Adams league this season. 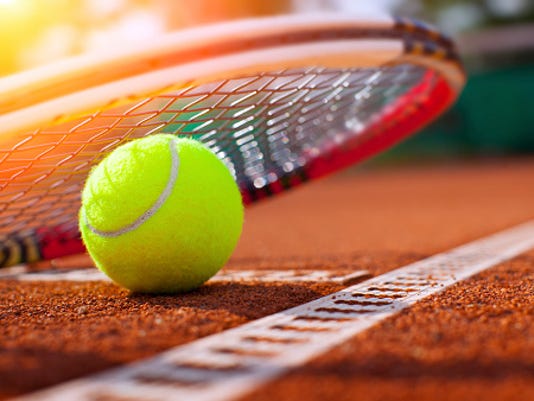 The Littlestown boys' tennis team saw its successful season come to an end Wednesday with a 3-2 loss to Lancaster Mennonite in the Class 2A team tennis consolation match at Racquet Club West in Lancaster.

Noah DeCampo and Ryan Appleton won in straight sets at Nos. 2 and 3 singles for the lone Thunderbolt victories. Lancaster Mennonite's William Wanner won his No. 1 singles match against Brett Gill, 6-0, 6-1.

At No. 2 doubles, the Blazers duo of Ethan Beiler and Jeffrey Lile won 6-4, 6-2 as the match was knotted at two with No. 1 doubles still playing.

The Littlestown duo at No. 1 doubles, Jared Braswell and Simon Sauvageau took the first set 6-4 against Charlie Gish and Dylan Campbell, but the Blazers duo rallied for the second set, 6-3. Gish and Campbell finished the rally by taking the third set 7-6 (3) to advance to the state tournament.

Littlestown opened the team tournament with a win in Monday's quarterfinals, knocking off East Pennsboro 3-2. The Thunderbolts dropped a 3-0 loss to Wyomissing in the semifinals, falling to the consolation match.

Dallastown went 13-0 in the regular season, capturing the YAIAA Division I title, but that run ended Monday in the District 3 Class 3A quarterfinals when the top-seeded Wildcats were upset by Hershey, 3-2.

The Wildcats had a victory over Hershey earlier in the season, knocking off the Trojans 4-1.

Hershey ran that momentum all the way to the finals, where they lost to Hempfield, 3-1.

The Littlestown duo of Brett Gill and Noah DeCampo won the YAIAA doubles championship in Class 2A and were rewarded with the No. 2 seed headed into the District 3 Class 2A doubles tournament. That tourney begins at noon Friday at Hershey Racquet Club. Wyomissing duo Will Schreck and Ben Croft picked up the No. 1 seed in the class.

Also set to compete in the 2A field are York Catholic's Nick Bartkowiak and Nick Gingerich, along with Bermudian Springs' Nick Wool and Isaac Avery.

In Class 3A, no York-Adams duo earned top 4 seeds, but Dallastown advanced a pair of teams to the doubles tournament with Hunter Jones teaming with Jonathan Burns as well as the team of Tyler Lilie and Logan Maddox.

Also joining the Wildcat quartet in Class 3A are Red Lion's Alec Shue and Riley Krout along with Northeastern's duo of Erich Nagel and Alec Schroter. Hempfield's doubles team of Jake Curtin and Jack Hessinger earned the No.1  seed.