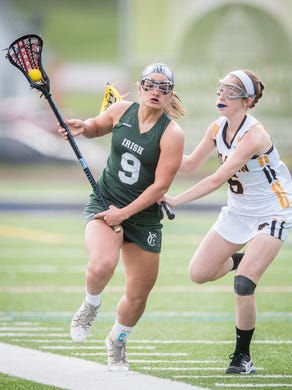 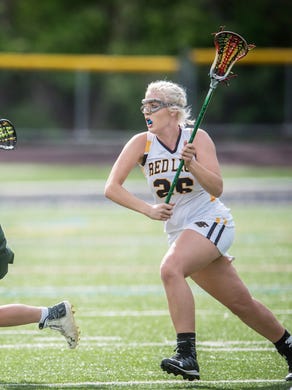 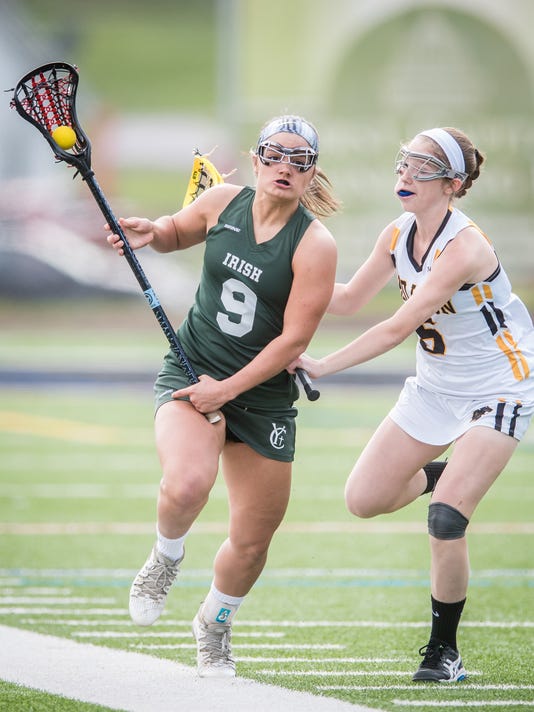 After watching his York Catholic girls lacrosse team flex its muscles in a 22-4 romping of fellow YAIAA contender Red Lion on Tuesday, head coach Rob Linthicum took a second and smiled when asked what he liked most about his team's performance.

"Pretty much everything," he said with a shrug.

That answer could probably be given after each of York Catholic's first nine wins this season, but Linthicum, who was still calling out improvements and adjustments to his team with a 15-goal lead in the second half Tuesday, is excited about where the Irish are as a whole unit right now entering a tough stretch where they'll see Hempfield, Kennard-Dale, South Western and Lampeter-Strasburg (27-5 combined) in the next two weeks.

"It felt good because it seems like up to this point our defense has been really strong and other areas had struggled at times," Linthicum said. "But today it was all there. Every game I keep saying we need to be tested a little more and each time, we seem to handle the task...We're coming up to probably the toughest part of our schedule. I'm really looking forward to the Hempfield game because we lost to them last year and we feel without a doubt, we're a much better team this season. If we can do well against them, I'll feel pretty good going into the Kennard-Dale game.""

If the Irish are just starting to click on all cylinders as Linthicum alluded, then the rest of the league should take notice. Because while the Irish were just warming up, their resume was already impressive: They've outscored their opponents, 152-38, in nine games (9-0). They're giving up just 4.2 goals per game. They haven't given up more than seven goals in a game all season and they have seven players with at least six goals this season.

A strong defense can carry a team deep in the postseason and that's what the Irish are banking on, Linthicum said.

What's the secret to their dominant run thus far? An 'arsenal' of skilled players, according to Lindsey China, who scored 10 goals on 10 shots and added three assists against Red Lion.

"We have such a great group of girls, it's not like one weapon, it's more of an arsenal," China said. "Everyone can take it to the cage, everyone can play great defense. Our defense is insane this year and we have Kirsten Lake who's a brick wall in there."

Still, the Irish aren't satisfied yet. There's work left to do, China added.

"Coach always says perfect practice makes perfect play," she said. "In all of these games, even though we're playing well as a unit, there's always something we can work on. We can't get too confident or complacent, we just have to move forward."