Central York girls' hoops get even with Lions

Red Lion vs. Central York girls' basketball. These are the top-two teams in YAIAA girls' Division I

Central York girls' hoops get even with Lions 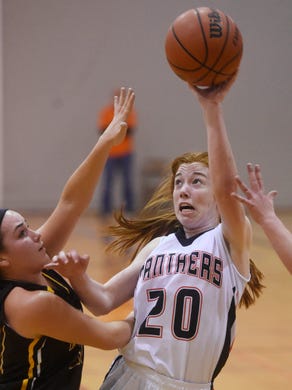 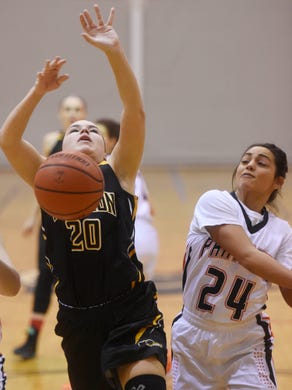 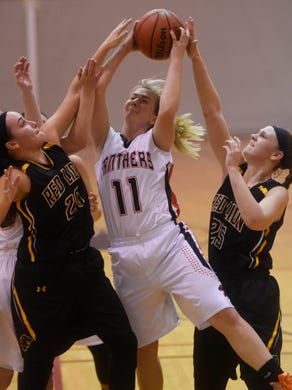 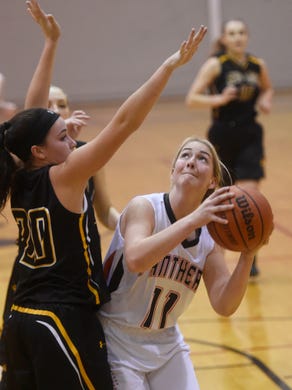 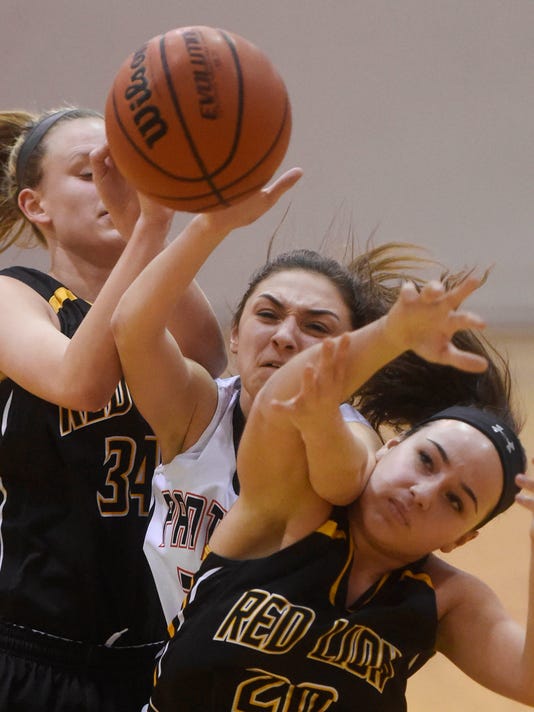 The Central York girls' basketball team has lost to only two teams this season.

Both times, the Panthers have made sure there would be no regular-season sweep the second time around.

Central York (20-2, 10-2 Division I) bolted out to a 15-point, second quarter lead and then held off a Red Lion comeback in the second half to score a 43-36 YAIAA Division I win on Tuesday evening at Central York High School. The win was the 11th in a row for the Panthers.

"I was really pleased with two things," said Central York coach Scott Wisner. "I was pleased with how we came out with a lot of intensity in the first quarter. We've had a number of slow starts, so that was a good sign. I was also pleased that after (Red Lion) made a run, which we knew was going to happen, our resilience in the fourth quarter was just fantastic."

The loss by Red Lion (20-2, 11-1 Division I) was just its second of the season and first in Division I play. The Lions already had clinched their first divisional crown by this senior class. Red Lion had won 11 consecutive divisional championships beginning in 2001 before West York won back-to-back crowns in 2013 and 2014 and Dallastown captured Division I last winter.

Central York has dropped only two games this season, both coming on the road. The Panthers dropped a nine-point game at Red Lion on Dec. 18 and were stunned in a one-point loss at William Penn on Jan. 5. Central got its revenge on the Bearcats with a 61-37 win at home on Jan 29 and evened the score with the Lions on Tuesday.

The Panthers led 14-5 after the opening quarter as Red Lion went 1-of-9 from the field. Central York was 7-of-11 from the field in the first eight minutes with five layups against a normally-stout Red Lion defense.

Central York went up by 15 points on two different occasions in the second quarter and took an 11-point halftime lead.

"The first 12 minutes of the game decided the entire game," said Red Lion coach Don Dimoff. "We were not focused and mentally ready to play. I knew and we talked about that (Central York) was going to be very excited and ready to play. They came out quick and played very fast. It was a case of just not being ready to play and I'll take the blame for not having them ready to play."

Red Lion rallied back to cut the lead to 30-28 heading into the final quarter as Central York committed eight turnovers and went 1-of-7 from the field.

Central York's Nikson Valencik then opened the final eight minutes with two three-point plays under the basket, extending the lead to eight. Red Lion got no closer than three points the rest of the way. It ended a six-game winning streak by the Lions, who dropped their first game of the season by five at Cocalico on Jan 9.