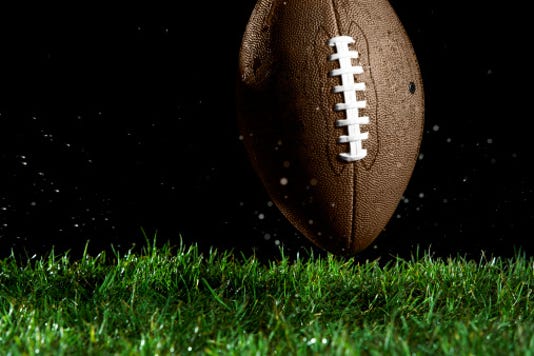 The Tigers (16-0) won their seventh overall title and first in Class AA, turning four first-half turnovers by the WPIAL champions into a 28-14 lead after 24 minutes. Becker's 88 yards paced Southern Columbia's Wing-T as the Tigers tied a championship record for points.

Aliquippa (15-1) — led by Pittsburgh recruit Kaezon Pugh, who rushed 19 times for 109 yards and a touchdown — set its own mark with a Class AA-record seven turnovers in all.

"They were that way throughout the playoffs," Southern Columbia coach Jim Roth said. "There were times where people have driven the ball on them and had some success. But they've really hung tough. They've gotten stops when we needed them to. They were opportunistic and they played hard all the time. We didn't let down."

Aliquippa, attempting to win its first Class AA title since 1993, took an early 6-0 lead on Pugh's 1-yard dive. The Tigers responded with touchdown runs from fullback Jared Torres and Becker as well as Marzeski's pick. Becker's second scoring run stretched 30 yards with 33 seconds left in the opening half.

Waters scored on touchdown runs of 62, 3 and 53 yards as Imhotep Charter, ranked 24th nationally by USA Today, built a commanding 20-3 lead at halftime. The Panthers (15-0), denied its first victory at Hersheypark Stadium by South Fayette in the 2013 Class AA final, totaled 383 rushing yards on 41 carries.

Isheem Young chipped in 99 rushing yards and posted Imhotep Charter's first score, a 5-yard dive that completed a six-play, 59-yard series late in the first quarter. It was the beginning of 40 unanswered points for the District 12 champs, which knocked off perennial power Archbishop Wood en route to Hershey.

"It was great. Everything just fell into place and we've been doing the little things," said Waters, one of 10 current Football Bowl Subdivision recruits for the Panthers. "When we came out in the second half, we were not going to let them back in. Last game, they were down 20 and came back to win."

The Marauders (16-0), who won their 32nd straight game, hoisted their second consecutive Class A championship trophy at Hersheypark Stadium thanks to a bruising rushing attack led by Chadbourn, Aaron Yasilitis and quarterback Josh Trybus.

Bishop Guilfoyle had four interceptions, including one returned 25 yards for a touchdown by Trybus and a 34-yard interception return by Luke Frederick that set up a Yasilitis score late in the contest.

Farrell (14-2), hoping for its first PIAA championship since 1996, managed just 85 yards of offense in the first half and was staring at a 21-0 deficit. The Steelers finished with 221 yards.

"I felt like no one thought we could do it again," Yasilitis said on winning a second straight Class A title. "We wanted to prove a lot of people wrong, we wanted to get back here and that is what we did."