Northeastern volleyball gets down to business

The Bobcats have already passed two big early-season tests as they try to win a fourth straight state championship.

Northeastern volleyball gets down to business 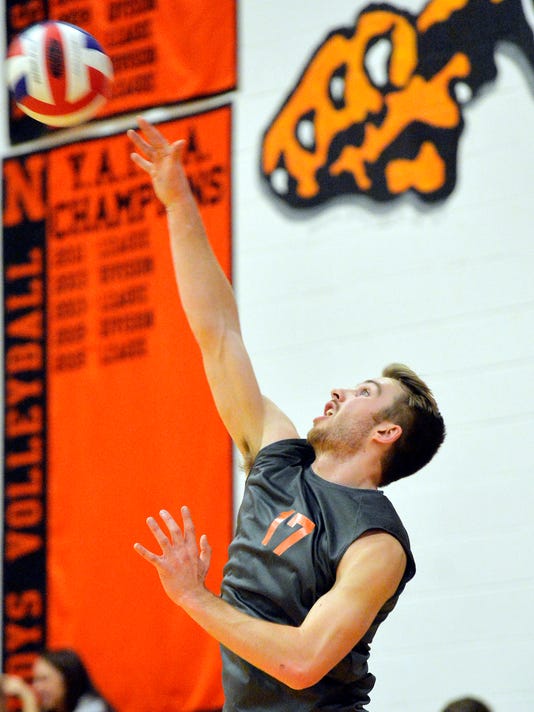 Few athletes get the chance to win a single state championship, let alone four in a row, but that's the scenario that has unfolded for Northeastern volleyball standout Reese Devilbiss.

"It's a big task," the Ohio State recruit said last week. "There is a little bit of pressure, but we know if we do what we are capable of doing that we should be fine. It's just nice having a great group of guys around me."

The Bobcats have claimed the past three PIAA Class AA titles along with the last three District 3 Class AA championships.

"Obviously it's in the background, but we try quite honestly to worry about what we are doing," Northeastern head coach Matt Wilson said last week. "We made a couple of adjustments this week and it's got our team more focused on each and every play. I wouldn't say we wake up everyday fretting about it. There's a long way to go and too many good teams to be concerned about at this point."

Early in the season, Northeastern has already taken on some of the best teams in the state. The Bobcats opened their season with a 25-20, 25-23, 25-20 sweep of Saegertown in a rematch of last year's PIAA Class AA final. 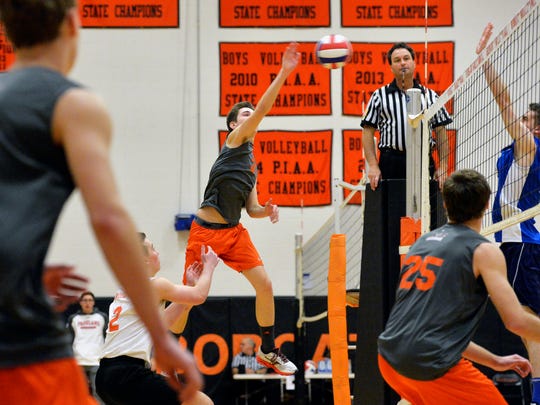 Now, in his 21st season, Wilson and his staff continue to see the fruits of their labor.

"George (Miller) and I began designing the blueprint for this and have been at it for a very long time," Wilson said. "It's very difficult. It takes a long time to get the players to buy into what was going to work and now its getting guys to understand the effort that it takes and that you don't just put the uniform on. There's a lot of work that goes on behind the scenes."

Even with a group of six returning starters, every squad is unique.

"The process is identical. The approach from the coaches occasionally has to be adjusted based on team dynamics and the cast of characters you have. That is always some of the hardest things to do is to figure out your team and what motivates them and what doesn't. Fortunately I'm surrounded by fantastic coaches. We know our roles and it's pretty good chemistry between the players and coaches," Wilson said.

This year, Wilson has already been able to get some of the younger Bobcats involved on the court. 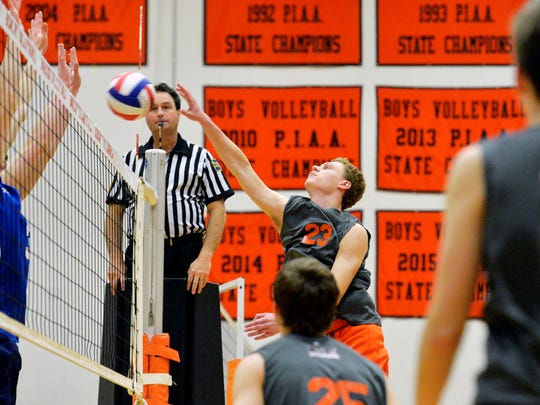 Senior Jeff Reynolds has been dealing with a "nagging injury," Wilson said, leading to some increased varsity playing time for sophomores Nate Eyster and Wyatt Hughes. Eyster and Hughes each had three kills in a 3-0 win against Kennard-Dale last Thursday.

"Nate Eyster and Wyatt Hughes potentially are leaders to take over the torch and run with it," Wilson said. "I think they are two very strong-minded athletes that quite honestly aren't afraid of it. Those two seem to be some future leaders for us and I think you will hear from them."

Not only were the younger players getting coached from Wilson and staff, but the older players made it a point to offer advice and celebrate a successful debut.

"It's good experience for them. Wyatt came out and I could tell he was a little nervous. I told him to just calm down. It was their first taste of varsity and I think they handled it very well," Devilbiss said.

"In the practice gym we move some JV guys to the varsity court and it's different, but you can't really tell what it's like until you get into the actual game," Devilbiss said.

"We get a lot of help from the community that may not see their names on a roster," he said.

That family sense has made the volleyball team a focal point at the school.

"If you look at our student section throughout any of our sports seasons, they are fantastic," Wilson said. "To know that across the state we are pretty recognized in this sport, it's gratifying and now we have to maintain it." 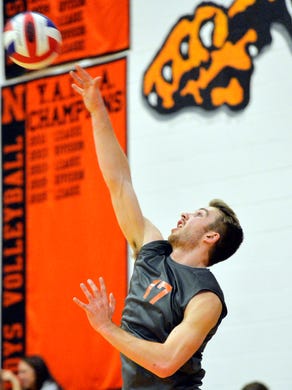