The Northeastern boys' basketball team stretched its undefeated streak to 17 straight games to open the season, knocking off third-place Dallastown, 71-63, with a dominating offensive display in the second half Wednesday. 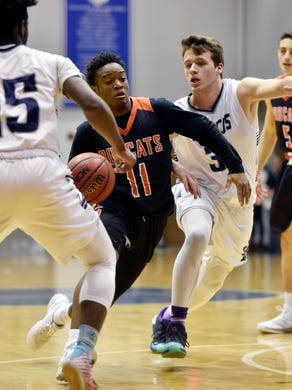 Dallastown's Will Barton goes up for a shot against Northeastern's Brandon Coleman in the second half of a YAIAA boys' basketball game Wednesday, Jan. 18, 2017. Northeastern, defeating Dallastown 71-63, remains undefeated in its season. Chris Dunn, York Daily Record
Fullscreen

Dallastown has slipped of late but remains a tough team out of YAIAA Division I. Here, Justin Atwood drives against Northeastern. Chris Dunn/GameTimePA.com
Fullscreen 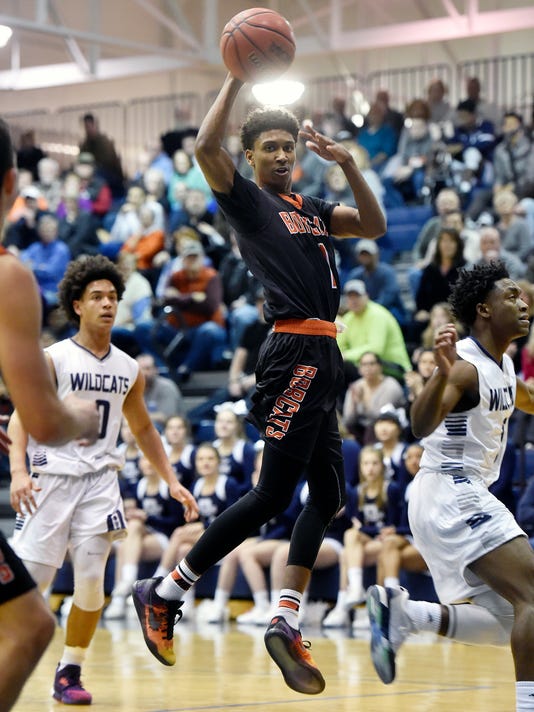 The Northeastern boys' basketball team stretched its undefeated streak to 17 straight games to open the season, knocking off third-place Dallastown, 71-63, with a dominating offensive display in the second half Wednesday.

Dallastown led, 30-26, at the half, but Antonio Rizzuto and Fred Mulbah sparked a third-quarter surge for the Bobcats. Northeastern out-ran Dallastown, 23-17, in the third quarter.

Brandon McGlynn scored a team-high 21 points in a balanced fashion, knocking down at least a pair of field goals in each period for Dallastown (10-4, 5-4). Da'Trail Albert (14 points) and Donovan Catchings (11 points) also cracked double figures in scoring.