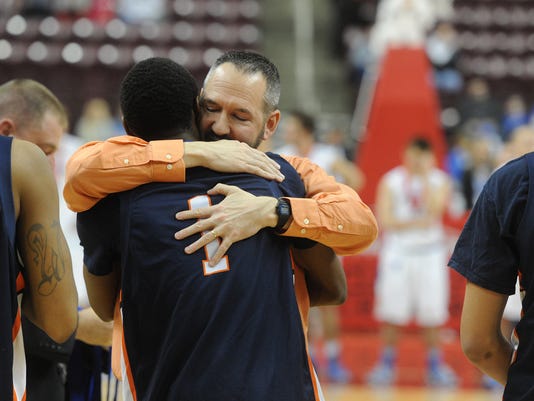 One by one, each member of the York city school board filed over to former head basketball coach Troy Sowers to bid him farewell with a hug.

Sowers received a standing ovation at the school district's board meeting after being honored with a proclamation Wednesday night. During the brief ceremony, superintendent Eric Holmes praised Sowers' successful 10-year run with the Bearcats and called his record as a coach "unmatched."

Sowers' teams won four league titles, three district titles and sent 25 student athletes into college. No other Class AAAA team in the state has won more games since 2008 than William Penn. Sowers, who is a 1987 graduate of William Penn, resigned in February. 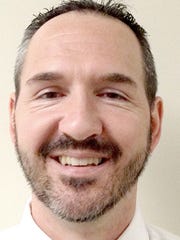 "Upon his hiring, he made a commitment to not only win games but raise the character of William Penn basketball," Holmes said of Sowers, before thanking the coach for his dedication to the school district.

Sowers spoke to the crowded room after receiving the award and opened by joking that this is usually the time of year that the Bearcats are celebrating a championship.

"This is a little different, though," Sowers said. "You never realize how fast 10 years go by. You never quite know when you're finished with a chapter in your life. It hits you all at once sometimes. The thing that coach (Clovis) Gallon and I always told our players and the thing I always tell my own sons is that anything you want to tackle in life, you want to take head on and give 100 percent effort."

Sowers admitted that coaching 24 seasons in some capacity had caught up to him. He thanked the school board, his sons, parents and wife for their dedication during his tenure as head coach.

"I don't really know if I'm going to miss it," Sowers said. "You work and give all you can and if you feel good about what you gave, then you move on."

As he wrapped up his speech, Sowers endorsed his longtime assistant coach Clovis Gallon as his choice to be the next basketball coach.

"We'll be lifelong friends after this," Sowers said of Gallon. "There isn't a  better guy to take over the position than coach Gallon. And I feel really good about moving forward with our kids being in great hands because of his X's and O's, his character and how he feels about York city."