The Canners were scheduled to play five games in five days this week, and they've now won three games in three days.

The Canners are in the midst of a five-game week and are riding a three-game winning streak to a likely playoff spot. 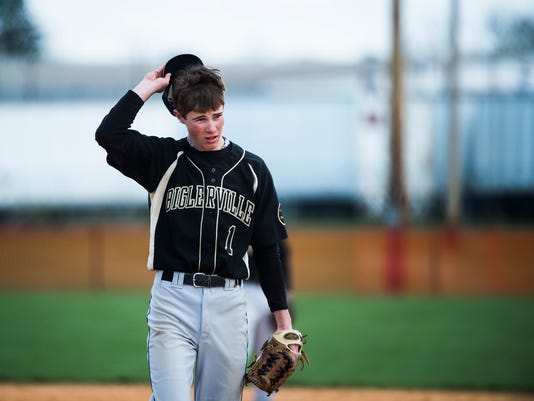 With a little more than a week before the end of the regular season, Biglerville found itself sitting right on the edge of qualifying for districts. But they also saw plenty of chances to get off that edge, for better or for worse.

The Canners, who missed the playoffs by one spot last season, entered the week ranked No. 10 in the District 3 AA power rankings - a classification in which the top 10 teams qualify for the playoffs - looking at a schedule of five games in five days. Thanks to several rainouts in the past few weeks, those games piled up at the end of the year.

Well, so far Biglerville has made the most of those extra opportunities. The Canners beat Fairfield 12-2 in five innings on Thursday to make it three wins in three days after opening the week with a loss to York Catholic. “It’s rough on the pitching staff," Biglerville coach Jeff Taylor said of the long week. "Luckily our starting pitchers have been able to go the full routes, so we’ve done one pitcher per day. So far so good.”

Chase Long pitched all five innings against Fairfield, and the Canners will turn to Brandon Miller for the last game of the week Friday at York County Tech. Oh, and Biglerville also has a game on Monday against Susquenita

“The challenge is keeping your head in it," Canners junior Noah Ayers said. "Baseball’s a sport you play with your mind a lot of the time, so it’s hard to keep your mind in the game.

“We looked at this week as do-or-die because we knew we needed to win some games to get into districts. We’ve won three in a row, so I think we’re back on track.”

Fairfield, meanwhile, wrapped up its season with that loss. Ranked No. 6 in District 3 AA entering the week, the Knights likely will qualify for the postseason and may even rematch Biglerville in the first round of the playoffs.