Erickson the new man in charge of West York baseball

Scott Erickson has been waiting all winter for this opportunity. Erickson was hired as West York's varsity baseball coach in late October, replacing Roger Czerwinski after seven seasons.

Erickson the new man in charge of West York baseball 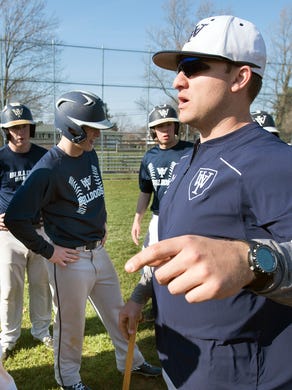 Scott Erickson has been waiting all winter for this opportunity.

"I got as many guys as I could to lift (weights) and hit in the offseason program," said Erickson, an Elmira, N.Y. native. "But I've been chomping at the bit to get outside. There is only so much you can see from guys hitting in the cage and taking ground balls on a gym floor."

Erickson played collegiate baseball at NCAA Division II Mansfield University, starting at catcher for three seasons and graduating in 2007 with a degree in accounting. In three of Erickson's four seasons at Mansfield, the Mountaineers made the PSAC playoffs and were the PSAC East regular-season champs his freshman season. He was a second-team All-PSAC selection as a junior in 2006 and was a career .300 hitter.

After graduation from college, Erickson got a job in Maryland and began playing in an adult baseball league there. It led to an assistant coaching gig for five seasons at Atholton High School in Columbia, Md. Atholton won back-to-back Howard County championships in 2013 and 2014. Erickson now works for the Department of Defense in New Cumberland. 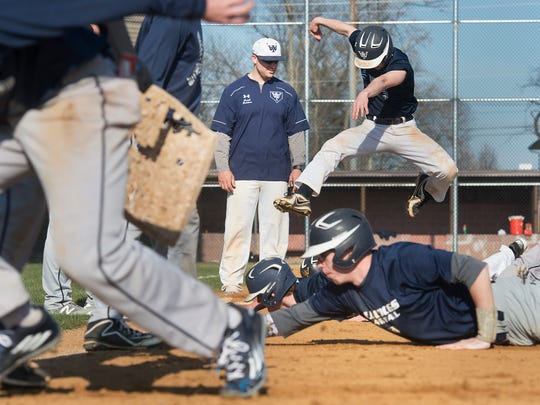 Erickson inherits a West York program that has won five of the past six YAIAA Division II championships as well as three of the past four league playoff crowns. West York is defending both titles heading into this season.

"There are definitely some big shoes to fill," Erickson said. "(Czerwinski) ran the program very well. You can see that from the guys we have back and the way they carry themselves. They are disciplined and ready to go play some baseball.

"The 14 guys we have on varsity show up every day ready to be on the baseball field and work. It makes things easier when you have guys who really want to be here. Some of the seniors were around for the last state championship, so they saw what it takes to reach that end goal."

Senior Jesse Sanderson said not much has changed this spring in the transition of coaches. Sanderson is a first-year varsity second baseman for the Bulldogs.

"I like (Erickson's) personality a lot," Sanderson said. "They are a little different. Coach (Czerwinski) could be a little fiery. (Erickson) is a little more laid back. Not much else has changed. We're still playing baseball. That's all that matters." 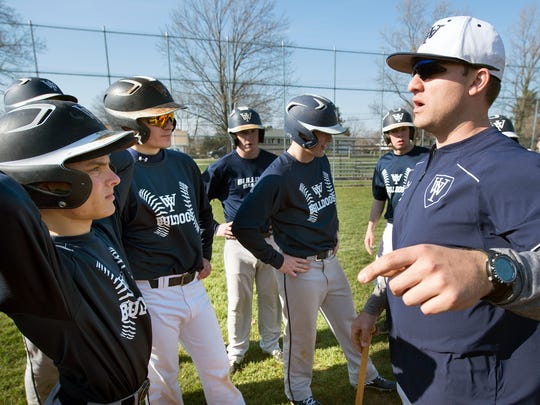 The Bulldogs saw their season end last spring in the first round of the District 3 Class AAA tourney, where Daniel Boone used a 13-run ninth inning to advance. The team is looking to erase that bitter memory this spring.

"As an end goal, you're always looking at a state championship, divisional title and all of that," Erickson said. "But really we are just trying to go day by day. Game by game. Playing every game to win. We can't look ahead to this game or that rivalry. Be where your feet are and focus on the task at hand. We'll play every game. Twenty-one outs of tough, hard baseball. Longer if we need to."

The 2016 YAIAA baseball season opens this week. Here's a look at the upcoming schedule in and around York County: