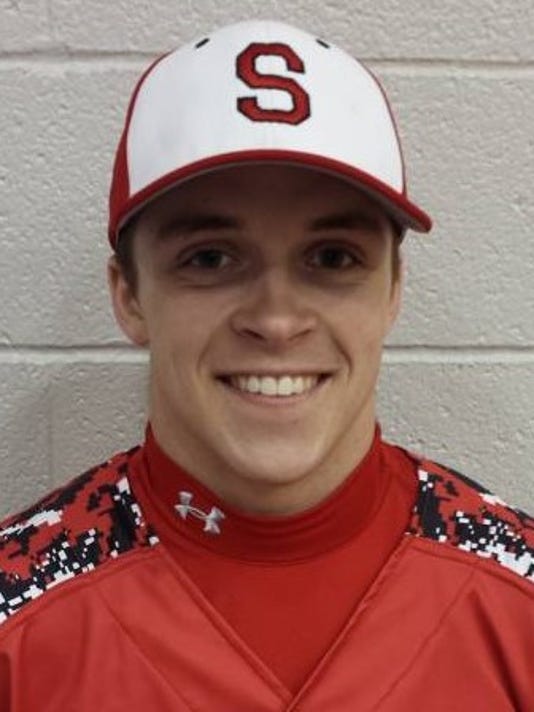 Ryan Lochran hit a sacrifice fly in the top of the 12th inning that plated Peyton Reider with the winning run.

Susquehannock's Michael Summers went 5-for-6. For the Golden Knights, Colby Shimmel and Bren Taylor each had three hits and a run scored, while Shimmel struck out 15 from the mound over the first seven innings.

Here are the rest of the top performers on Monday, April 11.

Kody Reeser struck out 14 batters for Northeastern in the Bobcats' 2-1 victory against Dover. ... York County Tech's Luke Greisler finished 2-for-3 with three RBIs in the Spartans' 5-3 win against Steel-High. Greisler also struck out 13 batters in the complete-game effort. ...West York's Tyler Seiffert hit a home run for the Bulldogs in a 7-5 win against Kennard-Dale. 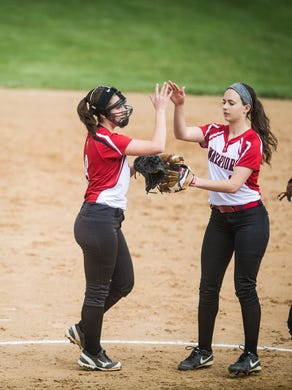 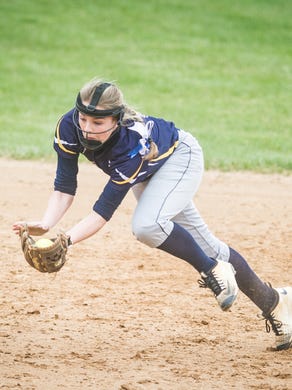 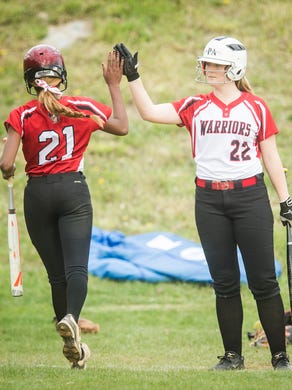 Eastern York third baseman Emily Smith (3) fields and throws to first for an out against Susquehannock in a YAIAA softball game on Monday, April 11, 2016. Susquehannock won 13-0. Jeff Lautenberger, For GameTimePA.com
Fullscreen

Susquehannock's Lily Yoakum (10), Ally Kerr (22) and Madison Staub (8) greet each other at home plate after a bases-clearing double by Anna Bryan (12) in a YAIAA softball game against Eastern York on Monday, April 11, 2016. Susquehannock won 13-0. Jeff Lautenberger, For GameTimePA.com
Fullscreen

Susquehannock pitcher Madison Staub (8) follows through on a delivery against Eastern York in a YAIAA softball game on Monday, April 11, 2016. Staub's two-hitter led the Warriors to a 13-0 win. Jeff Lautenberger, For GameTimePA.com
Fullscreen