Put the ball in play. Play solid defense. And get a well-pitched game. That formula worked for Annville-Cleona softball. 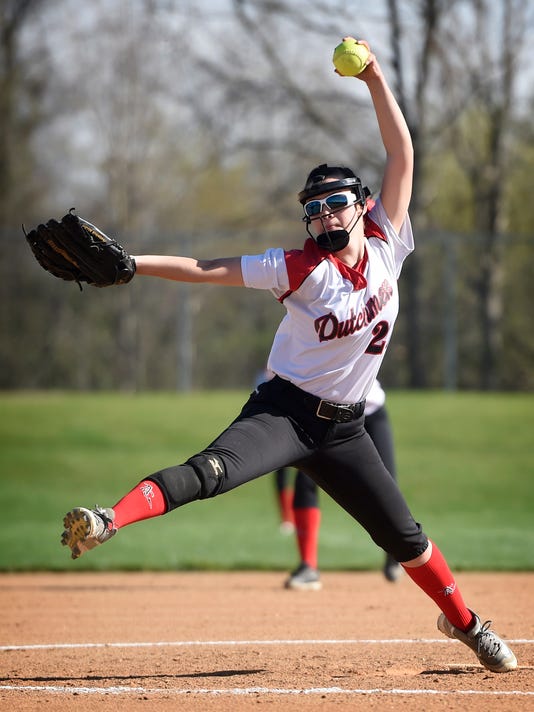 Regardless of the magnitude of each game or the potential of any rivalry, the old standby game plan usually wins the day.

Caught in a scoreless pitchers’ duel through three innings of play, Annville-Cleona’s offense came through in support of senior pitcher Zoee Garis to knock off Northern Lebanon 3-0 Monday afternoon.

Dutchmen catcher Amber Rexrode broke-up a string of 11 straight outs against Vikings’ ace Melanie Showers with a two-out base hit up the middle in the fourth inning. Courtesy runner Alyssa Black then came around to score on Sarah Fischer’s bloop double into left-center field between a pair of NL players, giving Garis (7IP, 4K, 0BB) all the run support she needed. 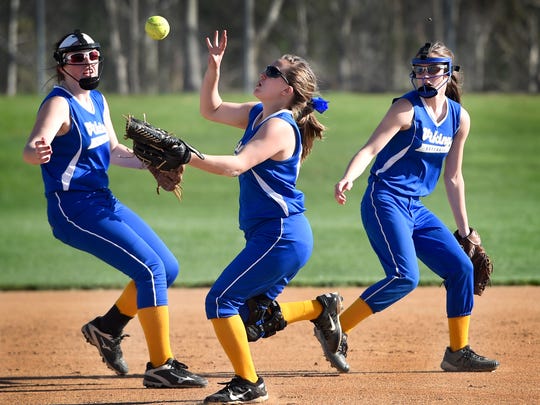 “I think all of us were a little angry to say the least (of the first three innings),” Rexrode said afterward. “We were trying to make contact, but we were overthinking things sometimes. I just wanted to take one up the middle and I did just that.”

Ally Binkley’s single to left scored Fischer for a 2-0 lead entering a crucial sequence in the bottom of the fourth.

The Vikings' Showers and Sydney Mengel led off the frame with back-to-back singles. The next batter, Allyson Hazy, attempted to bunt the runners up, but was called out for making contact with the ball in the field of play as she left the batter’s box.

A-C's Alyssa Binkley stays in front of Haley Fegely's sharp grounder and tags out Melanie Showers at third base. pic.twitter.com/hGXQXS2Ezk

Binkley then knocked down Haley Fegely’s grounder at third, tagging Showers for the second out, before Garis induced a ground-out to second base off the bat of Kaylee Mauser to end the threat.

“We just needed to stay calm, make the outs,” Rexrode said. “We couldn’t overthink it. We couldn’t read too much into that. We made the plays we had to make and ultimately we got (through) it in the end.”

“That’s something I’m really happy and proud of my girls for,” said first-year A-C coach Melvin Dorta. “They catch the ball and make outs and that’s how you win games.”

Garis seemed to get better as the game progressed, retiring the Vikings 1-2-3 in each of the next three innings to close the deal. Showers took the hard-luck loss, giving up just five hits while striking out nine and walking none.

“A couple of these kids play travel ball together so you never know what’s going on in their heads,” said Vikings’ coach Ed Spittle, beginning his second stint in Fredericksburg this season. “I don’t think anybody was intimidated, but she (Garis) threw well. She hit her spots; I give her credit, she shut us out. I just didn’t see a whole lot of battling today.”

Meanwhile, the Dutchmen tacked on a run in the sixth on Morgan Zimmerman’s triple to right center, scoring on Rexrode’s professional RBI groundout to short. 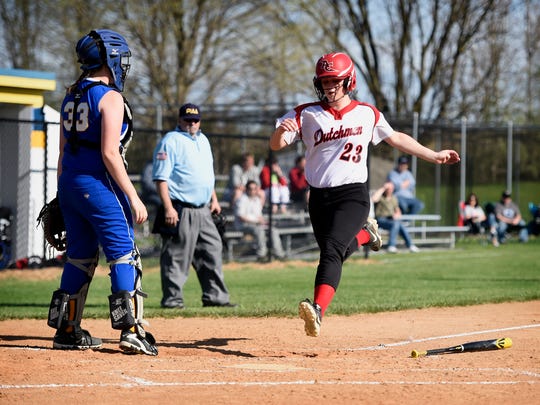 “You know what? I got her in and that’s all I cared about,” Rexrode said. “Just going up to bat and putting the ball in play, whether there’s a runner on base or not.”

“This is kind of fun for me because I don’t know any teams, I don’t know rivalries, who we beat, who we played …” Dorta said. “I don’t like when (the players) come with a mentality that they’re facing a good team. I like when they come relaxed and play their game because I feel like if you can do your thing, you can beat anybody.”