Via PKs, the Barons upended Lampeter-Strasburg in the opening round of the District 3 Class 3A playoffs. 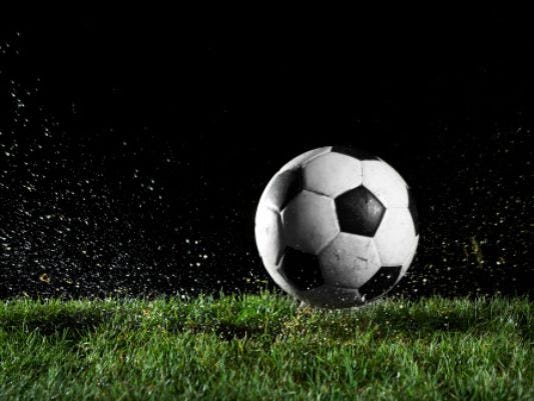 But Manheim Central was able to use the District 3 Class 3A tournament as a new starting line, defeating the Pioneers 1-1, 5-4 in penalty kicks on Monday night.

Next up for the Barons (8-9-1) will be Daniel Boone, a 3-0 winner over Twin Valley, in Thursday's quarterfinals at a site and time to be announced.

In penalty kicks, the key play was Mason Nissley's save against L-S's Peyton Denlinger, the only one of the 10 attempts to be stopped.

“When they approach the ball, I look at their hips, which way they're facing,” Nissley said. “Hips don't lie.”

The clinching kick for Manheim Central was provided by Kale Landis.

“Our guys were making plays all game, and I had a keeper who I knew would stop one,” Baron coach Rod Brenize said.

The other successful attempts for Manheim Central were by Ryan Kuster, Carson Brenize, Sam Tobias and James Bright.

The successful kicks for LS were by Colin Anderson, Matt O'Neill, Nate Erb and Logan Heister.

Denlinger opened the scoring in the first half. As he charged toward the box, the Nissley goalie came up to challenge him. When the netminder stumbled, Denlinger veered to the right, and put the shot past another Baron defender to put L-S up 1-0 with 23:21 left in the opening period.

Manheim Central had not scored in two games against L-S in the regular season, but got on the board with 15:22 remaining in the first half when Zach Reed headed in a pass from Nike Gavala to tie the game 1-1.

“We went to a different formation,” Brenize said of breaking through against L-S. “We were playing a 43 defense, then moved to a 42 which made it a little more open. We changed at the 19 minute mark and scored a minute or two later.”

The Pioneers (11-7-1) had a couple good looks at the goal in the second half. Derek Eckman had a free kick from 22 yards out that was hooking toward the right post but was just wide, and Denlinger had a nice low shot in the box that Nissley had to dive to his left to stop.

After a first overtime that had no corners or shot, the second overtime featured back-to-back corners by L-S. The first led to a shot that Nissley able to deflect away, and the second was cleared.

Manheim Central had five shots on goal and four corners, while L-S had seven and six, respectively.