Fourth time is the charm for Northern Lebanon

HERSHEY - If at first, second and third you don't succeed...

Fourth time is the charm for Northern Lebanon

Tip off of the game as Northern Lebanon defeated Lancaster Catholic 54-45 in the second round of the PIAA AAA girls basketball tournament at Milton Hershey High School on Wednesday, March 9 2015. Jeremy Long, GameTimePA.com
Fullscreen 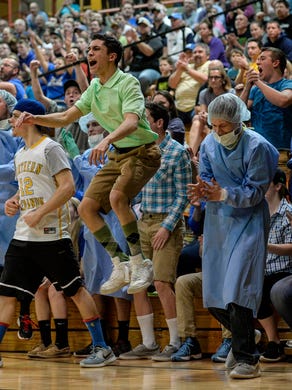 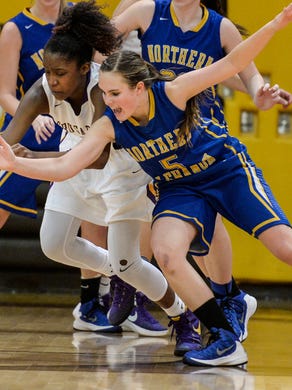 HERSHEY - If at first, second and third you don't succeed...

Hit 'em with everything you've got on the fourth try and go out and create a lifetime memory, apparently.

The Northern Lebanon girls' basketball team finally tossed the Lancaster Catholic monkey off its back on Wednesday night, shaking off three close-but-not-quite defeats to their nemesis this season by stunning the mighty Crusaders 54-45 in a PIAA Class AAA second-round state playoff clash in front of a raucous packed house at Milton Hershey's Spartan Center.

And the Vikings did so in their typically feisty fashion, getting off the deck from the 21-point first quarter haymaker Catholic landed to outscore the reigning Lancaster-Lebanon League and District Three Class AAA champions 43-24 over the final three quarters and land a spot in Saturday's quarterfinal round. Waiting for Northern Lebanon (28-3) will be District Seven No. 6 seed South Park at a site and time to be determined.

Don't be surprised if the Vikings float there after their most charming win of a thoroughly charmed season.

Especially the last 24 minutes. The first eight didn't go so well for the Vikings, as Catholic (29-2), fronted by senior center Caroline Scarff, came out white-hot from the floor, drilling shots from all over the place en route to jumping to a 21-11 lead after one quarter.

But Northern Lebanon, led by a brilliant 19-point effort from sophomore guard Liz Voight and 32 combined points from junior catalysts Megan Brandt and Zoe Zerman, refused to take no for an answer this time. The Vikes climbed back to within 26-23 at the half, then took the fight to Catholic the rest of the way, pulling in front for good on a Zerman bucket 35 seconds into the fourth quarter.

"It's a great feeling. I can't explain it," said a beaming Voight. "We felt coming in we had nothing to lose, and we didn't. I don't know how we did it, but we did it."

They did it with defense, allowing just three more points over the final three quarters combined than they did in the first alone, and holding Catholic's freshman phenom Kiki Jefferson to a mere eight points along the way.

"The one thing I told them was, 'Nobody shoots like that for four quarters, and nobody shoots like that against us,'" Battistelli said of the hot early shooting the Crusaders produced. '"They'll get tired, and those shots won't go in.' And you know how I am, I challenged the heck out of them, questioned everything about them. And they did what they do all the time. They give so much. They're wonderful. They're just beautiful, beautiful kids."

Zerman's aforementioned bucket early in the fourth then gave NL the lead for good, and 22-for-31 foul shooting from Voight, Brandt, and Zerman, much of it down the stretch, kept it from getting away.

It all culminated with a championship-like celebration afterwards, as the one mountain the Vikings couldn't seem to climb was finally scaled.

"It was the best feeling ever," Voight said of the emotions following the final buzzer. 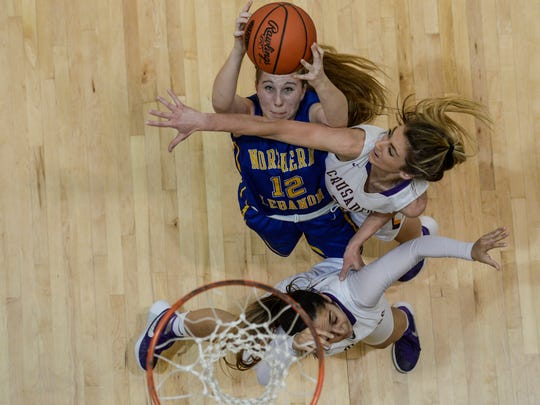