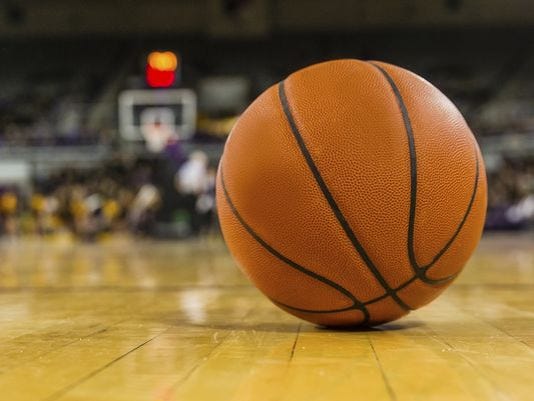 Such is the case when a No. 13 seed knocks off a No. 4 seed in any kind of basketball tournament. On Wednesday night, it was the 13th-seeded Elco Raiders making a 75-mile bus ride and stunning the fourth-seeded Susquehannock Warriors on their home court, 56-54, in the opening round of the District 3 AAA girls' basketball tournament.

"It's great. I'm just so happy for these kids," an elated Elco coach Ashli Shay said following the win. "This is their hard work paying off."

Susquehannock, which ends its season at 21-4, had three big chances to tie the game in the final minute.

After Elco's Taylor Bossert (13 points) turned the ball over with under a minute left, the Warriors missed a shot at the other end and Elco grabbed the rebound. Bossert was fouled, hit one of two free throws and the Raiders led 56-54.

Senior Ashley Stone, who led the Warriors with 17 points and played an outstanding game, then dribbled through the Elco lane, but accidentally kicked the ball out of bounds.

But the Warriors were not done. They stole the inbounds pass and had a chance to tie it, but missed a layup. Elco freshman Julia Nelson next rebounded the ball as the buzzer sounded.

"We had a couple of chances at the end," sighed Susquehannock coach Dave Schreiner, who noted that his club battled back from a nine-point deficit. "When you fight to come all the way back and then you turn the ball over ... it was that kind of night."

Schreiner didn't have a timeout to call when his team stole the inbounds pass with seven seconds left. He had used his last timeout with 1:01 remaining.

"There was that one timeout I called and I thought at the time, I might need that one later," Schreiner said, managing a smile.

For Elco (16-7), which advances to a Saturday quarterfinal game, it was an impressive and resilient win for a very young team that starts two freshmen, Nelson and Ryelle Shuey (13 points).

The lone senior starter, Chandelle Keller, led all scorers with 20 points and made all four attempts from the free throw line, where the Raiders secured their win. Wednesday's visitors made nine of 10 foul shots in the final quarter.

"We hit some huge foul shots down the stretch," Shay said. "Keller and Bossert came up big at the line. This was huge for us."

Elco blew a 39-30 third-quarter lead. After the Warriors went on a 15-3 run to take their final lead at 45-42 early in the fourth, the Raiders went on a run of their own. Their 9-0 run was accomplished at the foul line, with the exception of a big Bossert jumper that seemed to ignite the Elco players and fans.

When the run was over, it was 51-45 Elco. But the Warriors got a 3-pointer from Stone and free throws from Tannura to close the gap.

And Stone's steal and short jumper cut Elco's lead to 55-54 with 1:01 left, setting the stage for the wild final minute.

In their first pressure-packed District 3 test, the young Raiders passed with flying colors.

"I think the biggest thing is that when (Susquehannock) made their run, we didn't collapse," Shay said. "We came right back. These girls are resilient, and that's something for a young team that hasn't been in this atmosphere before."