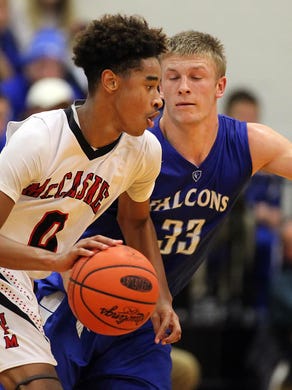 Cedar Crest's Ramie Ferreira (24) goes to the hoop against McCaskey during second half action of an LL section 1 showdown at McCaskey High School Friday December 18, 2015. Christopher Knight, For GameTimePA.com
Fullscreen

Cedar Crest's Izaih Trimble (11) goes to the hoop against McCaskey during first half action of an LL section 1 showdown at McCaskey High School Friday December 18, 2015. Christopher Knight, For GameTimePA.com
Fullscreen 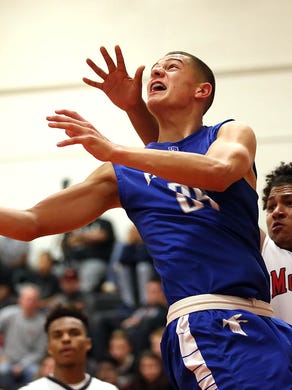 Cedar Crest's Kobe Bolanos (1) dishes the ball off in traffic against McCaskey during second half action of an LL section 1 showdown at McCaskey High School Friday December 18, 2015. Christopher Knight, For GameTimePA.com
Fullscreen

McCaskey's Kobe Gantz (0) goes to the hoop against Cedar Crest during second half action of an LL section 1 showdown at McCaskey High School Friday December 18, 2015. Christopher Knight, For GameTimePA.com
Fullscreen

Dropkicked by Ricky Cruz's 35 points, the Cedar Crest boys basketball team fell at McCaskey, 84-55, in a rematch of last year's league title game. The Section One foes wrestled to a 12-7 Red Tornado lead after one quarter, from which point Cruz and senior Kobe Gantz (21 points) paced their squad to a blowout statement win. Falcons captain Evan Horn managed a team-high 17 points, supported by nine apiece from senior teammates Raymie Ferreira and Iziah Trimble.

Cedar Crest (4-1, 3-1 Lancaster-Lebanon) must now bounce back for a 7:30 p.m. tip-off Saturday at home against unbeaten Central York.

"It's embarrassing," Falcons coach Tom Smith said. "I don't think that we competed like we can compete and like we have competed. That's the biggest thing we took out. We've got to fix it in practice, and the nice thing is we get a shot at them again." 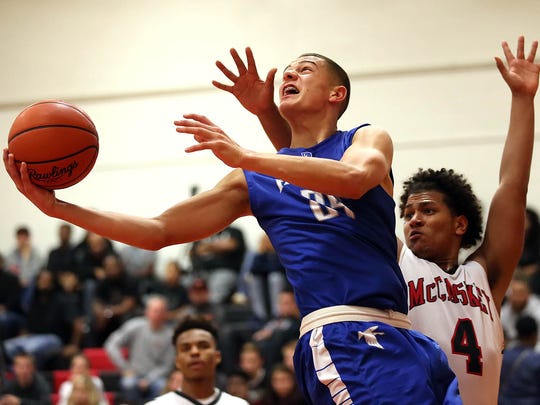 Cruz's outburst highlighted a night that seemed to demonstrate a sizable difference in the updated versions of last year's league finalists, whose returned stars, Horn and Gantz, essentially went toe to toe Friday. The performance also registered as a season-high mark for all L-L players to date, an effort set up by nine first-quarter points furnished largely through aggressive drives. From there, the lanky guard stepped back and repeatedly garnered almost any shot he wanted over a special night he knew was coming from the get-go.

"(It was) after like the first shot," Cruz said. "It's like after you get that one shot up, you get all the butterflies out and just start playing. And we had to win because it's Cedar Crest."

But one in particular, the corner 3, dealt the Falcons the most damage, particularly in key spots. Cruz knocked down four treys on the night, the last of which snuffed out Cedar Crest's lone run and last gasp of the second half.

"Kobe gets trapped or Greg gets the ball top of the middle and then they just pass it to the other side and I get an open shot," he said.

Earlier, Gantz and Cruz combined for three long balls over an 11-3 run that closed the first half, birthing a 17-point McCaskey (5-1, 4-0) lead at the break. Having struggled against the Red Tornado's zone defense, the Falcons opened in their own 2-3 look with initial success. But they would never come closer than 14, unable to couple their own scores with stops. 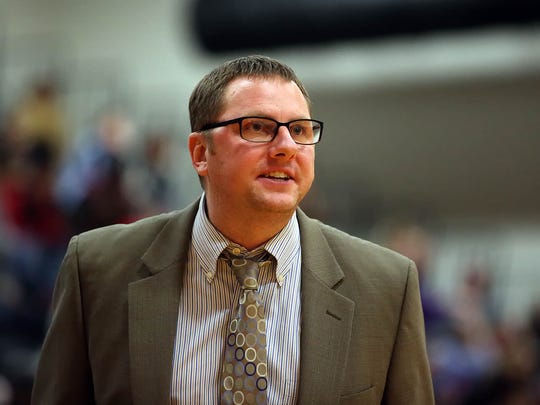 "I don't think we defended anyone," Smith said. "We struggled with thier zone, getting to the middle of the zone. We did have our opportunities, and they didn't fall for us. We miss, they're running out, they're getting layups, they're shooting long 3s and they shot it very efficiently tonight."