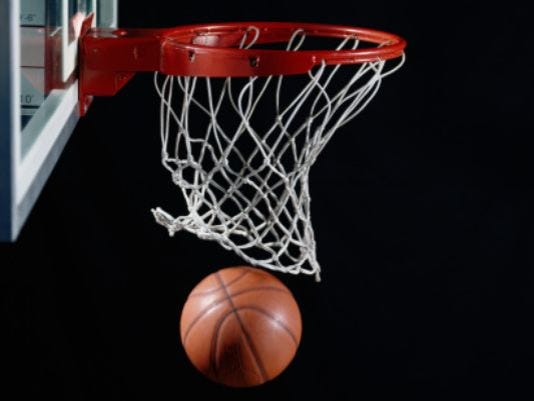 Behind nine different scorers, including three in double figures, Cedar Crest rolled to a 58-38 win over Solanco during its 2015-16 home opener.

The Falcons (2-0, 1-0 Lancaster-Lebanon) were led by Evan Horn's 14 points, a total surpassed only by the Golden Mules' Dylan Hastings, who posted a game-best 17. Senior Raymie Ferreira and Cole Laney were right on Horn's heels with 11 and 10, respectively, helping guide Cedar Crest to a 31-14 halftime advantage.

The Falcons next take the floor at Ephrata on Monday night and travel to fellow Section One power McCaskey on Friday, Dec. 18. The reigning league champions will host Conestoga Valley in between for a 7:30 p.m. tip on Wednesday.

Elco 69, Lebanon Catholic 55: The Raiders (4-0) required no monstrous comeback to stay undefeated and collect their second home win in three nights. However, the Beavers manage to stay within seven at halftime, then slowly let the game slip away by surrendering 20 points in the third quarter and 21 over the fourth. Elco's Colton Lawrence poured in a game-high 24 points, supported by 14 from Caleb Buchmoyer and 11 courtesy of junior Mason Bossert.

Palmyra 73, Lower Dauphin 54: Racing out to an 11-point halftime lead, the Cougars continued to build from there to their first Mid-Penn victory of the year at Lower Dauphin. Austin Yetter and Isaac Blatt each eclipsed the 20-point mark with 24 and 22, respectively, while Bryant Willis notched 10. Palmyra (3-0, 1-0 Mid-Penn) knocked down 10 treys as a team, as it held the hosting Falcons to only a pair.

Cocalico 57, Annville-Cleona 31: Held back by a two-point second quarter, the Little Dutchmen were dropped handily in a Section 3-4 crossover at Cocalico. Noah Myers cashed in for a team-high 10 points, while the Eagles' Tucker Lescoe finished with a game-best 21.

Northern Lebanon 68, Pequea Valley 45: The Vikings took to their home floor and left with their third victory of the season, outscoring the Braves in every quarter. Isaac Bicher posted a game-high 19 points for Northern Lebanon (3-1), which has now taken three straight. Caleb Light knocked down a pair of 3-pointers en route to a dozen points. The Vikings next lace up at Lebanon Catholic on Monday night.