In the consolation game of the Annville-Cleona boys tournament, Northern Lebanon topped the hosts for its first win. 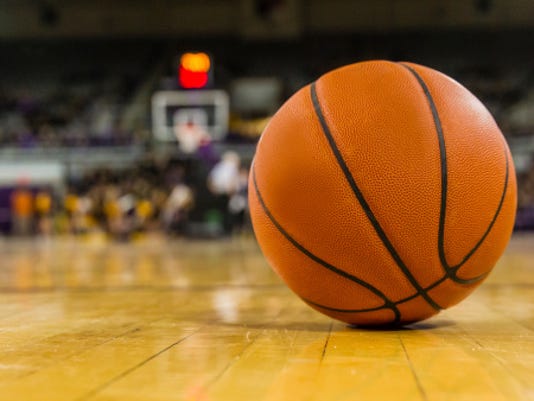 ANNVILLE — When Chris George and his Northern Lebanon coaching staff wandered out into the chill Friday night, following a season-opening loss, all of them had a singular objective locked firmly in place.

While that goal may seem remarkably obvious, especially so early in the high school basketball season, it was particularly important for George’s inexperienced group to find a way to emerge victorious and level the slate.

Well, George’s Vikings did just that.

Picking up a workmanlike double-double and then some from Isaac Bicher (18 points, 12 rebounds, 5 steals), Northern Lebanon churned out a 44-39 victory Saturday afternoon at The Barn over neighborhood playmate Annville-Cleona in the third-place game of the latter’s season-opening event.

Eight others cracked the scoring column for George’s Vikings (1-1), who took the lead for good early in the second quarter and held on throughout. Northern Lebanon committed 18 turnovers, six after the break.

“For us to come back with a win after a tough loss last night says a lot about these kids,” said George, whose Vikings dropped a 58-52 decision to Middletown in Game 1. “We made it look interesting there for a while. Early on, we were just real sloppy with the ball and we cleaned it up in the second half. That’s big for us.

“If we just take care of the ball, we feel like we can do some good stuff on offense. If we let it get helter-skelter with the ball, we’re gonna let teams hang around and you never know [what’s going to happen].”

“You turn the ball over like that, you can’t expect to win,” a disappointed Bradford admitted. “We’d finish possessions and then we’d give possessions right back. We talked about playing good defense — and again, I thought we had another good defensive effort, just like yesterday — holding a team that’s capable under 50 points.

“But then, you get a stop and you just give them another shot at it when you turn around and just chuck the ball away,” said Bradford, whose club will entertain Oley Valley on Wednesday. “That’s not something we can do and be successful.”

While the Vikings sported a 32-23 lead with 1:44 left in the third quarter after Ben Light cashed in from beyond the arc — another trey by William Fellows early in the third enabled Northern Lebanon to gain needed separation — A-C whittled the deficit to three (35-32) with 3:26 to go on Myers’ finish at the tin.

Some 30 seconds later, Northern Lebanon’s Caleb Light was parked at the free-throw line shooting the front end of a one-and-one. Light missed the freebie, but Bicher outworked an A-C player for the rebound and stuck it back.

The Little Dutchmen never could get closer.

“I just wanted to stay tough,” said Bicher, who collected 16 of his game-high output from the second quarter on. “It was a close game. Caleb’s a good free-throw shooter, but you’ve always got to be ready for anything. And I just wanted to get the ball back.”

Bicher canned three of four freebies down the stretch, Noah Gingrich tacked on a layup and Fellows bagged a pair of late free throws as the Vikings socked away an early-season triumph that’s important on a number of levels. Particularly since a home date Monday against Tulpehocken awaits.

“First win of the season with a bunch of young guys is always a big moment,” Bicher said. And again, against a tough county rival like that, it’s better. “A lot of the guys on the team never won a varsity game before, so it’s a learning experience for everybody.”