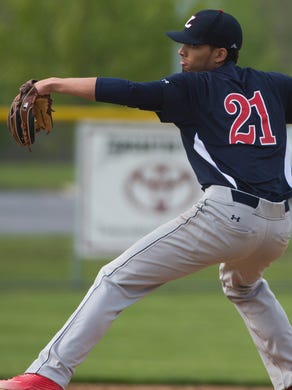 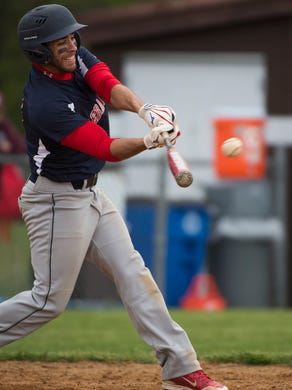 MANHEIM – It seems almost fruitless, so let’s make a deal.

No more pronouncing the Lebanon baseball team’s latest win as its greatest in two decades until the Fat Lady is well into her first verse. For as historic as the Cedars’ campaign has unfolded to date, featuring a long-awaited triumph over rival Cedar Crest, double-digit victories for the first time since 2004 and a 10-inning thriller to sweep Northern Lebanon, the legend isn’t done growing yet.

Tuesday afternoon offered the latest evidence of that.

Plating six runs in a game-breaking fifth inning, Lebanon thumped first-place Manheim Central 9-2 to stay in the hunt for the Section Three title and a Lancaster-Lebanon League tournament playoff spot. Cedars starter Michael Deleon struck out six in as many innings of work and allowed only four hits. 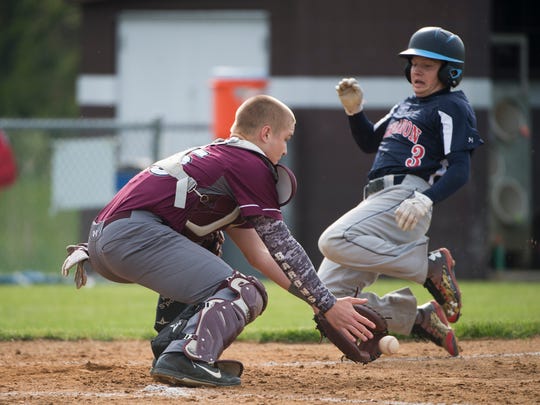 Lebanon next travels to Cocalico on Wednesday for its regular-season finale when Caricabeur will take the hill. A victory against the Eagles should lock up an L-L tournament bid for a program that finished 2-18 only two seasons ago.

"It's crazy,” Yerger said. “Going from freshman year on JV, seeing all the losses and how they were normal for us, and now coming into last year and this year, we just win. And that's all we expect."

Yerger’s lined single to left opened the explosive fifth, which included a pair pitching changes for the Barons (11-8, 11-4) and two separate occasions with the bases loaded. Three at-bats after Yerger’s hit, Cody Kissinger simultaneously delivered a sac fly and a 2-1 Cedars lead.

That edge then rapidly multiplied thanks initially to Caricabeur, five ensuing, two-out base hits and an aggressive team mindset inside the box.

"Focus was on the fastball,” Yerger explained. “In past practices we've been thinking fastball and hitting the first fastball you see. Pick a spot and see where it goes."

A six-run cushion was more than enough for Deleon, who only allowed Manheim Central score again on a 1st-and-3rd balk in the bottom of the sixth.

Even then, Scaturro and catcher Dharlim Vasquez were there to erase that run by bringing home two more in the next half-inning, before Caricabeur later entered to close the game out.

“To go up against a team as good as Manheim Central, who everybody knows is in first place right now, and a team that we haven't beaten since I've been here, there were a lot of mental barriers we had to break through,” Lebanon coach Mike Toomey said. “And we did that today.

"It was a big game obviously for playoff contention, but it was an even bigger game for us to make a statement in our league."

A statement that keeps growing louder with each passing pitch and every new greatest win in recent program history.