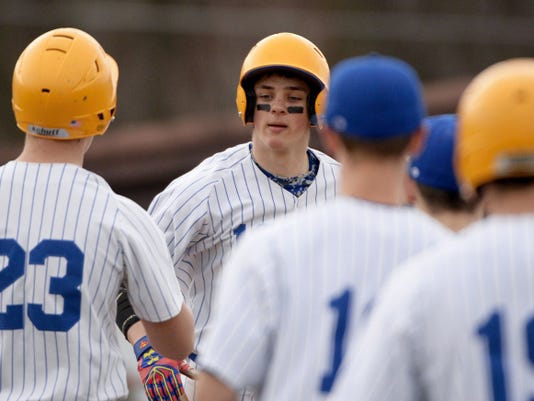 Northern Lebanon senior Isaac Wengert will play a major role for the Vikings this season pitching, playing center field and hitting in the top half of the team's order.(Photo: File)

Outlook: The old hitting coach will suggest trying to stroke everything back up the middle, hard and on a line.

But those coaches who find themselves inside the opposing dugout in Fredericksburg may want to change their tune for a day. For most balls sent up the middle against Northern Lebanon are going to find leather more often than not.

Returning the defensive backbone of their roster, the Vikings should again push the top of Section Three in 2016. Senior all-county catcher Chase Dubendorf remains as the team's hard-hitting backstop, while senior shortstop Noah Gingrich will again be turning twin-kills alongside Hayden Johnson. Out in center field will roam another senior, Isaac Wengert.

That is when Wengert's not busy toeing the rubber attempting to replace graduated aces Wyatt Beakler and Jordan Nichols.

"(Isaac) was basically our No. 3 guy last year and did a nice job for us," Northern Lebanon skipper Daryl Hess said.

That same group should also headline the Vikings' lineup in concert with other returners and sophomore Michigan Daub. Daub has already been touted by rival coaches for his play during summer ball and is expected to make a regular impact. Junior hurler Zach Seltzer could also emerge as a key newcomer for Northern Lebanon on the mound.