Chambersburg wrestling team has solid lineup, but its depth is pretty thin 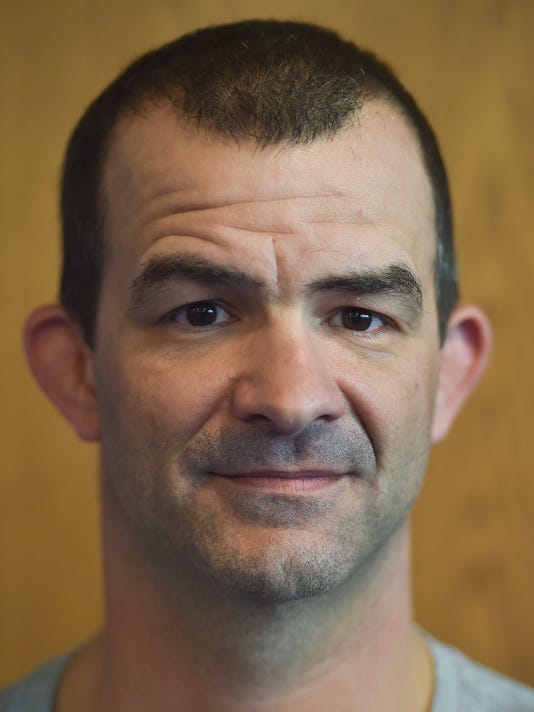 Plenty has changed in the last year for the Chambersburg wrestling program.

Most notably, the Trojans' coach of 20 years, Doug Rine, is retired from coaching and his assistant, Matt Mentzer, is now the man in charge.

But, at least on paper, Chambersburg seems poised to have a similar kind of season to what it had last year. The Trojans had only 16 wrestlers on the roster, went 7-5 in dual meets -- which was good enough to qualify for the District 3 Team Championships -- and then had a great individual postseason.

Four Trojans won Section I championships, a record eight qualified for the District 3 Tournament, four of those placed and three advanced to the PIAA State Tournament.

For the 2015-16 season, Mentzer has 18 wrestlers in the room. Because of a lack of depth in some spots, beating the best dual meet opponents will be a tough task.

"We have about 10 really tough kids, but to beat the best teams we'll need to get some pins," Mentzer said. "And the hammer comes fast -- we wrestle Mifflin County, Central Dauphin and Cumberland Valley all before Christmas, so we'll know exactly where we stand."

However, of the top four postseason wrestlers of a year ago, three are back. Garrett Kyner (last year's record was 38-8), Aaron Rump (30-6) and Drew Peck (36-7) all won Section I titles, Kyner won a District 3 crown, Peck was a runner-up and Rump took fifth. Peck and Kyner each went 1-2 at the PIAA tourney.

Mentzer said, "All of our established kids are doing what they're supposed to be doing -- they've gotten stronger and they've done a lot of wrestling."

Another veteran is Brennen O'Brien (126), who transferred from Shippensburg. He was 14-7 last year.

Mentzer said, "Wallace is a really dangerous wrestler with his moves. Runshaw and Brenize are pretty close at 145, so whoever loses that elimination match -- and it'll be a real battle -- will go up to 152. Brenize could make a leap to the next level this year."

"The Runshaw brothers impressed me this summer," Mentzer said. "They may not have missed any of the workouts we had. They put on some weight and showed some toughness. They're fun to watch wrestle each other because they're both stubborn and tough."

Other than some setbacks with sickness, Mentzer has been pleased with how the preseason work has progressed.

"We ran them hard the first week and nobody quit," he said. "I'm happy with the whole group. It would just be nice if we had another five or six to give us some depth."

NOTES >> Mentzer said the junior high program has 32 kids out, so numbers should improve down the road ... Chris Kochinsky and Dalton Daywalt are the new assistant coaches ... Mentzer said, "Chris will be a great addition -- he volunteered all summer with the club and got to wrestle with the kids a lot. And Dalton will be a big plus for our heavyweights." ... Chambersburg's Trojan Wars Tournament is Dec. 28-29.

Last year: 7-5 (3-4 Mid Penn Commonwealth Division), lost 46-21 to Cumberland Valley in the first round of the District 3 Class AAA Tournament.