The Blue Storm ended up winning both baseball games, in completely different style.

Mercersburg Academy took on rival Hill School in a Mid-Atlantic Prep League baseball doubleheader on Wednesday afternoon and the Blue Storm ended up winning both games, in completely different style.

In the opener, Mercersburg (10-7, 4-0 MAPL) earned a 3-2 victory when Nathan Abel singled in the game-winner in the bottom of the eighth inning. Parker Hancock walked, took second on a passed ball and raced home on Abel's base hit to right field.

In the second game, the teams combined for 23 runs and 20 hits and the Blue Storm prevailed, 13-10, surviving a seven-run Blues sixth inning. 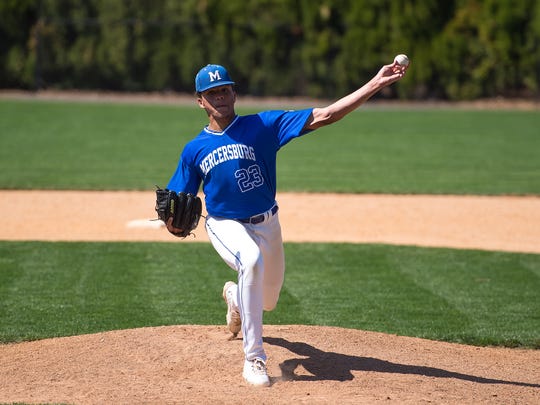 Dylan Bartlett was 2-for-2 with a home run and drove in four runs for Mercersburg and Brandon Thomas was 3-for-5.