After struggling to put the ball in play on Saturday, the James Buchanan baseball team exploded with 13 hits Tuesday. 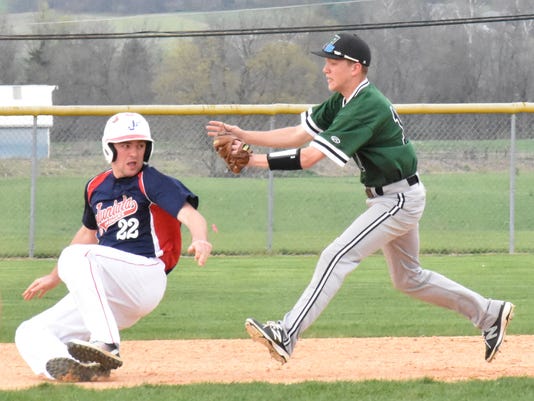 After struggling to put the ball in play on Saturday, the James Buchanan baseball team exploded with 13 hits in a non-league game against Juniata, taking down the Indians 11-1 in six innings.

But it was a late start for the Rockets, who scored just one run in the first three innings, but exploded thanks to powerful hitting led by Jared Pine and Wyatt Chilcote.

“It was good to get the offense back on track after not hitting the ball well against McConnellsburg,” James Buchanan coach Dave Sanchez said. “We didn’t really score until later; their pitcher threw a lot of offspeed pitches, so we needed one time through the order to get it.”

Pine led JB (4-1) with five RBIs off two hits, while Chilcote batted in three runs. Hunter Reath had two hits and scored three times, while Gavin Barnhart was 2-for-4 and scored twice.

Remi Spoonhour earned the win on the mound, allowing just one run in the first inning. He struck out three through five innings.

The James Buchanan baseball team lines up before a non-league game with Juniata on Monday, April 10, 2017. Lindsey Smith, GameTimePA.com
Fullscreen

The Juniata baseball team says a prayer before a non-league game against James Buchanan on Monday, April 10, 2017 in Mercersburg. Lindsey Smith, GameTimePA.com
Fullscreen

A Juniata coach encourages Bryce Leonard after getting on base during a non-league game against James Buchanan on Monday, April 10, 2017. Lindsey Smith, GameTimePA.com
Fullscreen

More:Chambersburg's running game is solid, too 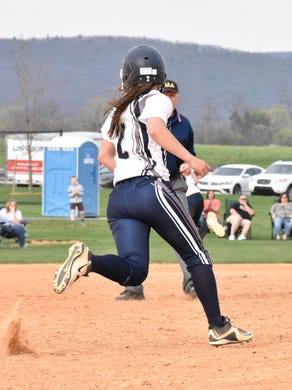