After a tough game against the Huskies earlier this season, Chambersburg gained revenge in a 3-2 Mid Penn win. 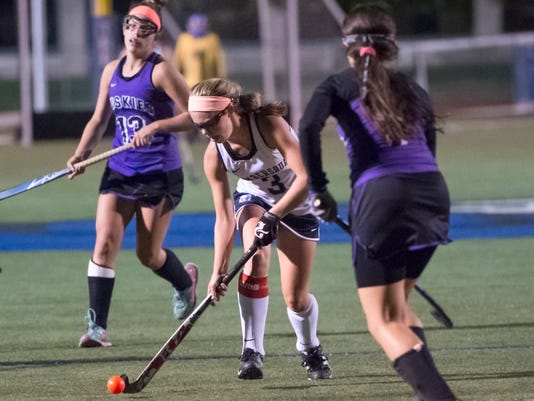 With Senior Night celebrations and the memory of the last time they met Mifflin County fresh in their minds, the Chambersburg field hockey team had a lot to play for against the Huskies on Saturday.

And Chambersburg used that to its advantage as the Trojans held off Mifflin County 3-2 in a Mid Penn Commonwealth Division victory at Trojan Stadium.

The last time these teams met, Chambersburg coach Jen Amsley made the decision to pull her team from the game due to multiple injuries and poor field conditions. The walkoff resulted in a 2-0 loss for Chambersburg.

"They were not going to let Mifflin County beat us this time," Amsley said. "There was a lot of emotion out there today and they showed a lot of heart."

The lady Trojans huddle together before the start of a field hockey game against Mifflin County on Saturday, Oct. 15, 2016. Chambersburg celebrated senior night before the game honoring each senior on the team. Noelle Haro-Gomez, GameTimePA.com
Fullscreen 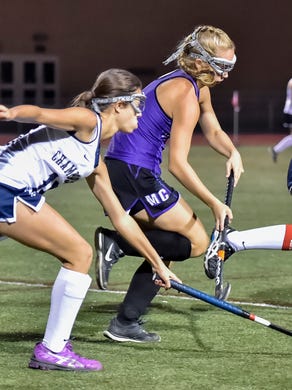 But the win didn't come easy for the Trojans, who had to fend off a fast Mifflin County start, and a strong finish by the Huskies to lock in the win. Abby Minck got things started for the Huskies less than four minutes into the game, and forced Chambersburg to play through a ton of pressure in the midfield.

But a goal by Sage Piper changed gears for the Trojans.

"Being Senior Night, we came out a little bit on our heels, but we knew we could beat them so we came out with some fire in our belly," Chambersburg's Rachel Dusman said. "The first goal is always the hardest and getting that first one definitely gave us a lot of momentum to finish the game." 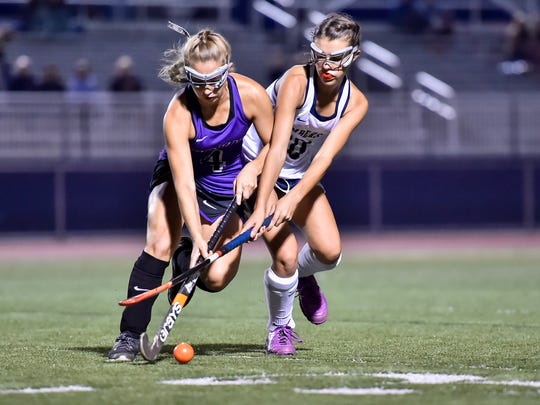 Chambersburg (8-7-1, 5-7 MPC) came out with a pair of goals in the first 10 minutes of the second half, including a successful push at the goal line by Morgan Mentzer, and a beautiful reverse shot that was lobbed up into the cage by Dusman.

"One of my goals the whole season was to get a reverse like that and with two more games left I really wanted to try to get it and it was the perfect opportunity," Dusman said.

"Rachel played amazing tonight," Amsley said. "She and Liza (Ernst) really led the team, but Rachel was pretty dominant out there today."

From there, the defense went to work.

"We changed to a different defense (in the second half) so we could clog up a little but more, and my four senior defenders did a great job," Amsley said. "We also put Morgan Mentzer at left mid and she played wonderful."

Daphne Snook found the cage midway through the second half to cut Chambersburg's lead to one, but the Trojans avoided a push by Mifflin County (9-7-1, 6-5-1 MPC) thanks to a long breakaway down the far sideline by Liza Ernst, who kept the ball in the far Mifflin County corner for the final minute of play as the clock ran down.

With just one game left in the regular season, Chambersburg is virtually out of playoff contention, ranked 15th in District 3, with the top 10 teams making it to playoffs.