A number of Chambersburg alumnae gather, including members of the 1994 and 1997 state championship teams 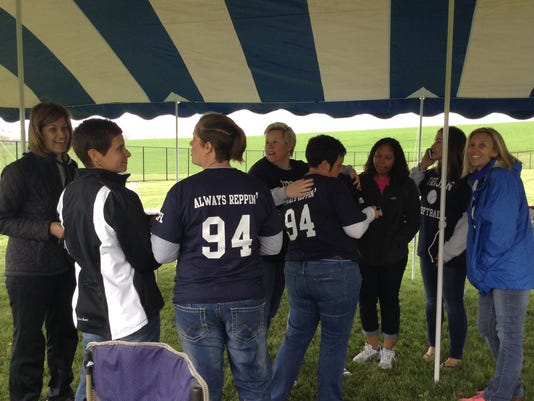 Within seconds of pulling into the parking lot at Norlo Park, it was obvious a reunion was taking place.

A huge white-and-blue tent was stationed just outside of Chambersburg's softball field, and a bubbly group of ladies huddled under it wearing matching T-shirts with the slogan "Always Reppin'" on the back.

"It's great to see everyone," Amy (Baughman) Kiskaddon said. "It's kinda cool because we haven't seen each other for so many years, but now that we're back together, it's almost like no time has passed."

Kiskaddon is one of only people who can boast winning two state championships with Chambersburg's softball team, which won PIAA titles in 1994 and 1997. Hollie (Stover) Taylor also played for both squads.

Kiskaddon had the pleasure of reuniting with many of her teammates Thursday when the Lady Trojans hosted their first Alumni Day.

"We wanted to show the girls that we do support them and how important it is to build those bonds and friendships," said Emily Sollenberger, a member of the 1994 team and one of the organizers of the event. "It's not always about wins and losses, but it's about relationships they form on the field. This year, they're doing that, and they're successful."

In addition to a slew of food for alumni and friends, the day also saw the hanging of two important signs at Norlo Park. The first, donated by Tish (Killian) Corey, recognized the 1994 state championship team, while the second, donated by the school district, honors the 1997 squad. 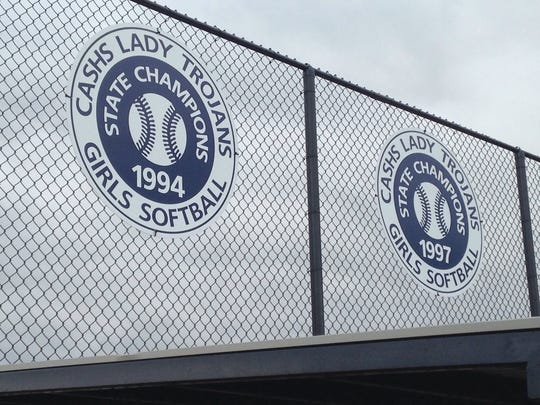 "We definitely had a winning attitude," said Corey, who was on the 1994 team. "We weren't settling for anything less. It's awesome to get back together again; it's almost like we never left."

Sollenberger said, "We wanted to get our state championship signs so this could feel like home for the girls. A group of us went to (athletic director) Jeremy (Flores) and asked what we could do to bring back that tradition and pride so these girls form the bonds that we still have today."

While the 1994 team was certainly the most well-represented, there were a number of other Trojan alumnae present Thursday. Amber Myers, mother of current Chambersburg pitcher Laken Myers and 1992 graduate, joined the festivities, as did one member of the very first Trojan softball team.

"I think it's a huge sport in this area, and it's never going to fade away," said Cindy (Keefer) Caldwell, who played for Chambersburg back in 1976. "It brings back so many memories (to see this team play), it gives me goosebumps when I watch." 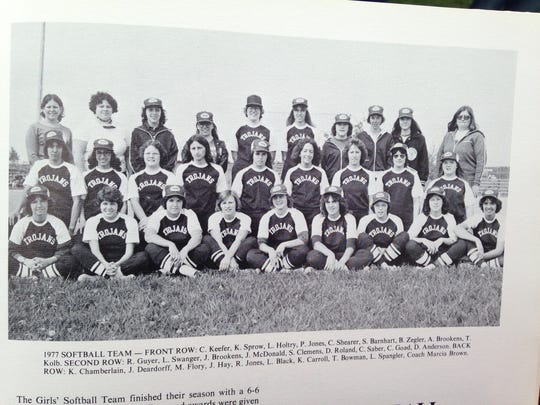 Not only were many generations of Trojans represented, there was also a vast geographic representation as well. Corey currently resides in Atlanta, while Lori Reese, who played on the 1994 team, traveled all the way from Orange County, Calif. just for the event.

"What we're trying to do is bring the pride back in the softball program," Reese said. "We feel like it's been way too long since we've won the state championship. They've come close a few times, but we feel like it's time to bring the title back to the program."