The process took a while, but the Trojans now have a new football program leader. 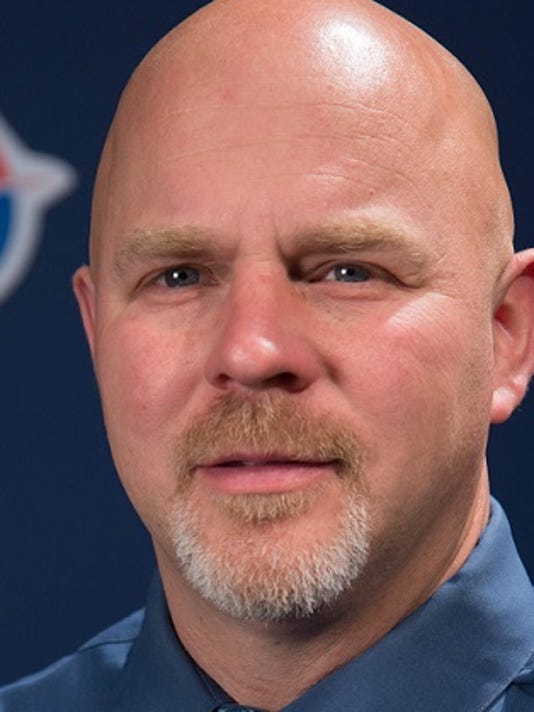 The football program at Chambersburg Area Senior High School has been without an official head coach since Mark Saunders resigned in October, during the 2015 season.

Wednesday night, the Chambersburg school board rectified that situation when it appointed Mark Luther to that position.

It's been a long and tedious process to get to this point - more than 20 coaches applied and eight were interviewed - but CASHS athletic director Jeremy Flores believes it has been worth the wait.

"We didn't want to just settle for somebody, we wanted to make sure we found the right coach," Flores said. "If that meant taking two or three months, then that's what it would take. We also had some new school board members and we wanted them involved, too."

Luther, a resident of Chambersburg and former head coach at Lock Haven University, has accepted the challenge of making the Trojans relevant in the strong Mid Penn Commonwealth Division with a team that put up 1-9 records in the last two seasons.

"There is no magic formula," Luther said, "but we know what our priorities are. We have to put together a good coaching staff who are good teachers. We have to get the numbers up, and that might not show up at the high school level right away. But we have to get kids excited about playing, and make them see that they will learn and benefit from it, and it will help with their future success.

"And here's another priority: this program is not just varsity and JV, it includes middle school and the youth teams. We have to get everybody on board."

Luther has been a college head coach and has been a assistant on college and high school staffs. He's even coached in a local youth program, and has coached his three boys in basketball and soccer as well as football.

In fact, his oldest son, Tyler, was a part of the middle school's unbeaten football team last fall.

"That team had some fantastic talent and we need to keep them all in the program," Luther said.

Flores believes Luther's personality and demeanor are his strongest suits.

"During the reference checks we did on him, they validated that he's a teacher as much as a coach," Flores said. "And that's our goal in athletics - we want him to teach our kids how to be better football players ... and better students, and better people."

Luther said, "I love coaching; not just the sport itself, but the teaching aspect of it. You present your concept, then let the kids develop and grow, and hope they buy into what we're doing.

"I'm not a yeller and I won't be throwing chairs around - that might have worked 50 years ago, but it doesn't now. You need to be positive, but still demanding."

Some other points made by Luther:

-- He wants his players to participate in other sports. "Every sport has its own unique skill set and that only benefits athletes, and plus it helps to play under different coaches."

-- He prefers to play a pro-style offense, and a 4-3 defense, but that will be determined by personnel.

-- He believes his players must be competitive in everything they do. "It's not just the 'W' on Friday nights you need to want, it's the 'A' you go for all the time. You need to have that mentality to get that 'A' every day and not settle for a 'C.'"

Flores said, "I'm glad this process is over, but we know we have our work cut out for us. In today's world, people want stuff yesterday, but this will take some time."

Playing career: Played at West Branch High School ('87) and was a walk-on cornerback at Penn State