Just a few weeks ago, Greencastle-Antrim's Racheal Marconi wasn't even sure she would play college field hockey. 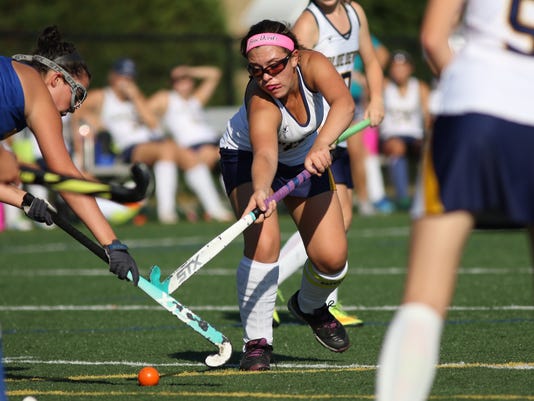 Just a few weeks ago, Greencastle-Antrim's Racheal Marconi wasn't even sure she would play college field hockey.

She was getting recruited by some Division II PSAC schools and a few Division III squads, such as Eastern Mennonite University.

But then Marconi got a fateful call from E.A. Jackson, who was recently hired as Towson University's head coach after running the show at EMU for two years. After visiting Towson this past weekend, Marconi got an offer she couldn't refuse. She has verbally committed to play at Towson, a Division I field hockey program.

"I wasn't sure if I wanted to play, with nursing being such a hard major," Marconi said. "But while I wasn't playing during the offseason, I knew I was really going to miss it. As soon as I made that decision, coach Jackson called me and everything is falling together with an even better division, so I'm just really excited."

Jackson recruited Marconi for a while at EMU, but Marconi wasn't interested in the school. Towson, on the other hand, has a fine nursing program, and with Jackson's move to the Tigers, Marconi knew it would be the right fit.

"She is so nice, first of all," Marconi said. "Also, when she was hired (at EMU), their field hockey team wasn't in a good place, and she completely turned the whole program around, which I was really impressed with. I also like her coaching style." 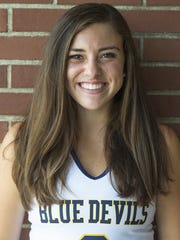 A forward at Greencastle, Marconi also plays for RAM 18-U out of Gettysburg and has experience at most positions. She said she expects to either play forward or midfield, and is unsure about playing time.

Marconi said Jackson has a "fit or sit" motto, so she'll knows she'll have to earn her place on the team.

"I just have to keep training," Marconi said. "Whenever I'm not playing, I just try to stay in shape with running and stick work. I'll also play club field hockey in the spring, so that'll help, too."

As a senior, Marconi had four goals and nine assists, and was named a P.O. Second Team All-Star two years in a row.