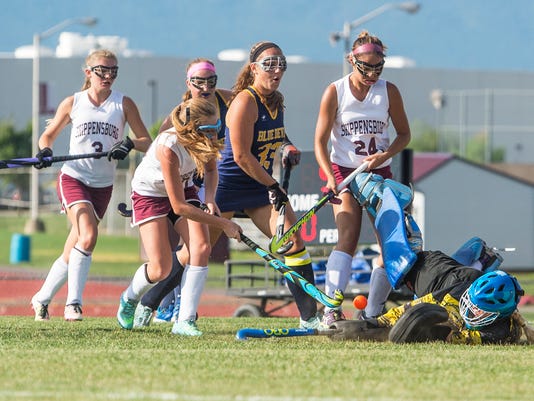 It was clear Tuesday afternoon that Shippensburg was hungry for a win.

Battling a one-goal deficit to Greencastle-Antrim in a Mid Penn Colonial Division field hockey game, the Lady Hounds were undeterred in the second half. But they were met with a stone wall named MacKenzie Oberholzer, who held them nearly scoreless in a 2-1 Blue Devil victory.

"MacKenzie has just consistently gotten stronger and stronger," G-A coach Becca Rice said. "She's so fun to watch because she is cool and collected. She moves all over. When she first started, she wouldn't get on the ground, but now she's laying on the ground, pushing the ball away. She just takes command of that cage."

Shippensburg (3-3, 3-2 MPC) seriously put the pressure on in the second half. Ten minutes into the frame, the Lady Hounds tied it up on a goal from Zoe Holtry, but Greencastle (4-4, 3-2 MPC) immediately responded. But the last 15 minutes of action were all Shippensburg, and Oberholzer put on a show.

The three-year varsity starter finished with 13 saves, including eight in the second half. Oberholzer had a pair of diving saves, and needed a kick-out stop in the final seconds to ensure the victory. 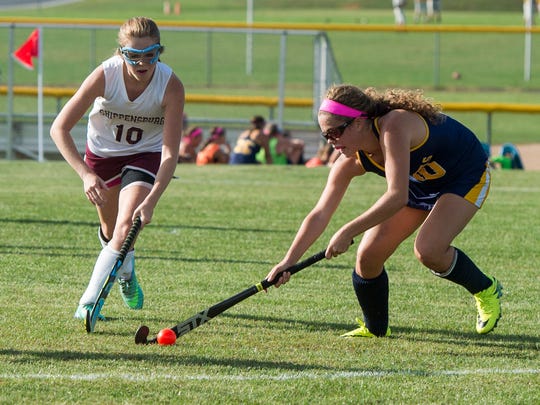 "They were getting the ball up faster with their drives," Oberholzer said. "We talked about how we needed to get back faster, and that definitely helped because they were trying to drive the ball constantly down the field. I was just trying to have every girl mark up on someone and let me get their direct shot."

Ship coach Angela Hostetter said, "We just need to be a little stronger on our forward line. We have a couple kids that are strong, but we have a tendency of shying away when the goalie comes out with that same intensity."

G-A needed Rice to help light a fire late. After Lexie Sibbio scored less than two minutes into the game, the Blue Devils were held scoreless for the next 42 minutes. But Rice took a timeout following Holtry's goal, and the Blue Devils delivered exactly what their coach asked for when Alexis Dougherty scored. 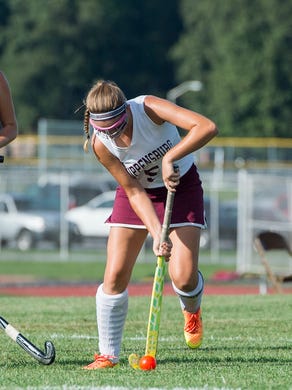 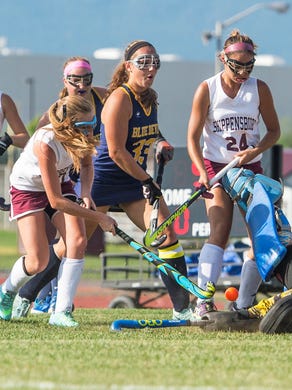 "I was a bit frustrated with them because we came out really fired up," Rice said, "but then in the second half, we relaxed too much. My girls tend to respond if you fire them up, so that timeout talk was just about, 'Hey, you're better than this; you can do better than this.'"

They did just that.