When one player holds seven school records, it's hard to decide which is the most impressive.

Here's the list Fannett-Metal's Mikell McGee had to choose from:

"I think the average for a career in basketball, that would probably be my favorite," McGee said. "It proved that I always was a player that needed to be watched. To keep my average up like that and try be as consistent as possible, that's my favorite record."

"His career scoring total for basketball (1,918) put him second for boys in Franklin-Fulton history; that doesn't just happen," Best said. "Most games since his sophomore year, he was seeing other teams' best defenders and sometimes have two people on him night in and night out; that says something for him creating offense."

Consistency was never a problem for McGee, who averaged more than 20 points per game during each of his four basketball seasons. He also was a staple in the starting lineup; he played in every game for four years and started all but two of those contests. 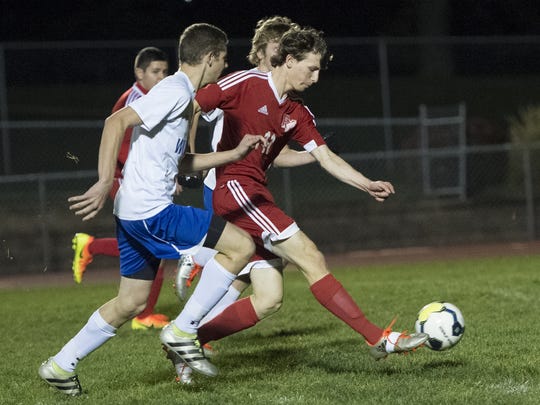 Although he had a few injuries throughout two seasons of soccer, McGee still managed to shatter the Fannett-Metal school record for goals in a career. He was the first Tiger to eclipse the 100-goal mark.

"For all purposes offensively, any time he had the ball in both sports, he had a chance for scoring or creating offense," Best said. "That was definitely a gift to have as far as coaching a team, and his numbers show that."

What was more impressive about McGee was how he helped improve the Tigers' programs. The F-M soccer team advanced to the District 5 Class 1A championship this season, and the boys basketball team made the postseason for the first time in three years. 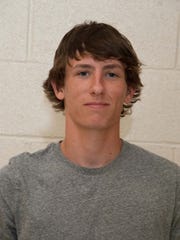 "He did a really good job of trying to get his teammates involved," Tiger basketball coach Jeff Winegardner said. "We're going to miss his scoring next year; that's going to be a huge burden to make up."

Best said, "In soccer, he didn't start on the front line (as a freshman), but he progressed with more confidence, and he's gotten stronger mentally and physically, too. In basketball, he was scoring 40-some points a game even in his sophomore year, and he saw, 'Hey, I can play with these older kids,' and he could."

McGee is uncertain about his future plans, but he's hoping to continue his athletic career in one sport or the other at the collegiate level.

But wherever he ends up, it's certainly going to be a long time before Fannett-Metal forgets McGee.

"I know I had a lot of pressure on me in basketball with my parents both being 1,000-point scorers," McGee said. "But it's been great. I really tried to build up the team, mainly, and to do that, I knew I had to score. That's how I got a lot of my records, but every year, our team improved, which helped me improve, and it's been really great here."