Chambersburg, Greencastle softball and Southern Fulton baseball are only F-F teams that remain 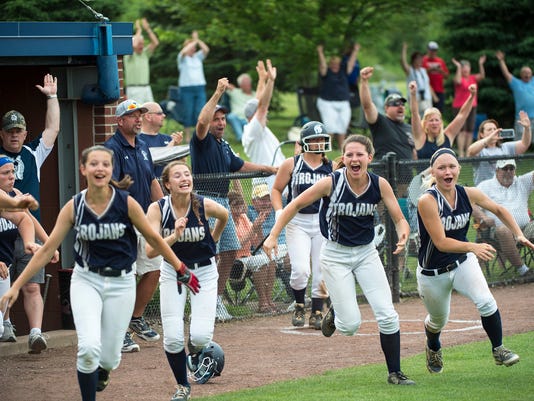 During district playoffs, there's the slightest bit of leeway.

In District 3 Class AAAA softball, the top four teams advanced to states; in Dist. 3-AAA, it was the top three; and all a team had to do in District 5 Class A baseball was get to the championship.

Just look at Greencastle-Antrim's softball team. The Blue Devils suffered a 10-inning loss in the district championship on Thursday night, but their season didn't end there.

But all of that changes on Monday. There is no room for leeway. There's no opportunity to come back. There's no chance at redemption.

All three games will be played Monday afternoon. Chambersburg heads to Shippensburg University for a 4:30 date with Upper Darby; Greencastle will travel to Marywood University to play Abington Heights at 5 p.m.; and Southern Fulton will take on Greensburg Central Catholic at 4:30 in McConnellsburg.

Chambersburg's Tara Harmon throws the ball to Sammie Bender earlier this season. Bender has filled the role of catcher for the last two games and is expected to do so again in Monday's PIAA opener. (Photo: File, GameTimePA.com) 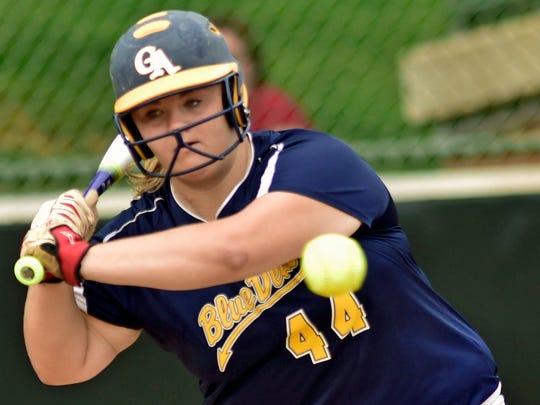 Greencastle-Antrim's Alicen Hoover bats against Donegal in the District 3 Class AAA championship on Thursday. The Blue Devils will take on Abington Heights in the opening round of the PIAA Tournament. (Photo: Markell DeLoatch, GameTimePA.com) 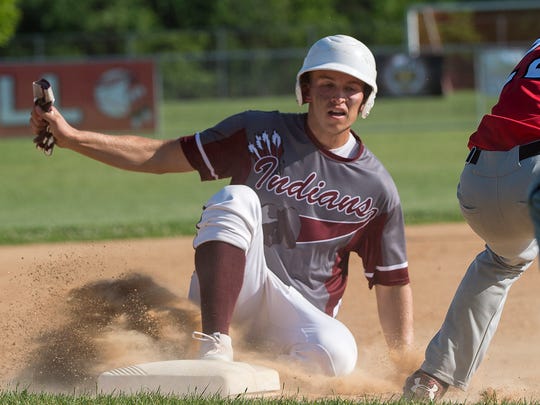 Southern Fulton's Dylan Gordon slides into third base during the District 5 Championship. Gordon and the Indians will take on Greensburg Central Catholic in the first round of the PIAA Tournament on Monday. (Photo: Noelle Haro-Gomez, GameTimePA.com)