It's playoff season around Franklin and Fulton counties 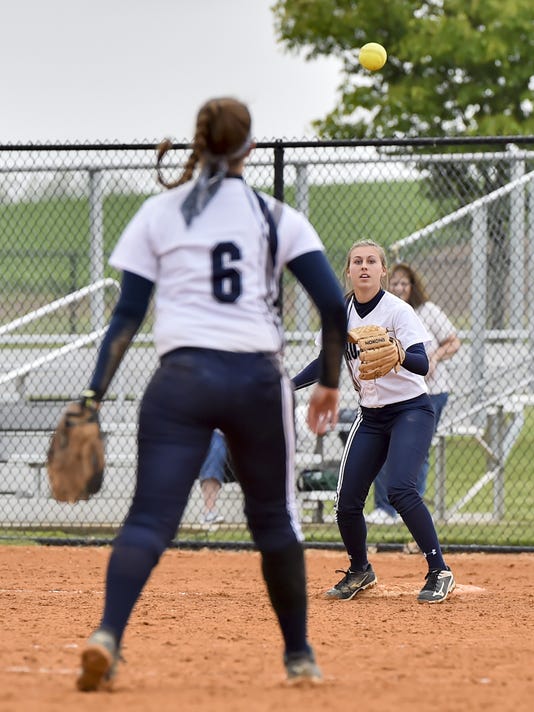 Chambersburg claimed the Mid Penn Commonwealth title with an 11-1 win over Carlisle last week. The Trojans take on West Perry in the first round of the Mid Penn Championships on Tuesday.(Photo: Noelle Haro-Gomez, GameTimePA.co)

Four area teams will suit up for their first taste of postseason play this week, and local track & field talents will show their stuff at districts. Don't miss a second of the action and make sure to follow these top five F-F events this week.

Tuesday, Mid Penn softball tournament semifinals, 5: The Chambersburg softball team has already checked off three of its season-long goals and has another in sight this week. The Lady Trojans begin their Mid Penn Conference tournament journey on Tuesday when the team takes on West Perry at Mt. Rock Elementary in Newville in an MPC tournament semifinal.

With two losses in the last week, more than doubling their loss total for the season, the Lady Trojans have some momentum to pick up. West Perry (17-0) won the Mid Penn Capital Division, but the Mustangs will find themselves on a learning curve against the top team in the tough Commonwealth division.

While Chambersburg takes on the top team in the Capital, Greencastle-Antrim, the best in the Colonial Division, will take on the winner of the Keystone - Lower Dauphin - at Big Spring High School on Tuesday at 5.

Lower Dauphin holds a 16-2 overall record, with one loss in the Keystone Division, while Greencastle fought to claim its place at the top of the Colonial Division race. While pitching has been inconsistent for much of the year, the Blue Devils will likely look to Ally Brown, who has led the team in the circle and at the plate as the regular season comes to an end.

And the team will need her, as well as every other weapon in its arsenal, if it hopes to take down the Falcons. Lower Dauphin is a powerhouse scoring team, that has outscored opponents 193-7 this season. And no, you didn't read that wrong. The Falcons have been held to under 10 runs just five times this season, and have 11 shutouts under their belt.

The conference finals will be held Thursday at 4:30 at Big Spring.

Why Greencastle has the seventh-inning edge in softball 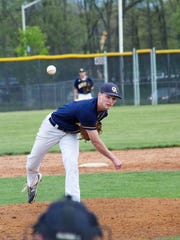 Greencastle-Antrim's Myles Gayman, is the Public Opinion Baseball Player of the Year. He finished the season with a .34 ERA . (Photo: Courtesy of Sheila Keller)

The Huskies (13-6) had a 9-4 league record and are a relatively low-scoring team with good pitching. In its highest-scoring game of the season Mifflin County brought in 11 runs and averages fewer than four runs per game.

Greencastle's offense scores just under six runs per game, and we all know the power that Greencastle throws on the mound. With just one loss on the season, you know the Blue Devils have found a recipe for success. But in baseball, anything can happen.

Myles Gayman will likely start in the first game for G-A. If it wins, the team's second ace, Derek Measell, will be on deck to throw in the championship game, which will be held at Northern at 7 p.m. the same night.

Tuesday, boys tennis PIAA first round, 12: James Buchanan opens its first-ever appearance in the PIAA tournament against Bishop Guilfoyle, which advanced to the state tournament after taking down Juniata in the District 6 championship.

The Rockets enter the tournament as the consolation winner out of District 3, and hold momentum thanks to a thrilling 3-2 victory over Lancaster Mennonite in the third-place match.

Keep your eye on McConnellsburg's McKenzie Gelvin, who has already set a precedent at the district meet with two first-place finishes last year, and has only gotten better in 2016. Her top performance in the 400 this season would have already beaten the district record by .14 of a second, and her top 800 time would have crushed the District 5 mark by more than 3 seconds. She has also qualified in the long jump, in which her top mark this season would have claimed second at the district competition last year.

For the boys, Southern Fulton's Chance Varner has a chance to capture a top finish at this year's meet after placing fourth in the 800 last year. His top performance in the 800 this season would have been good for second in last year's district final.

McConnellsburg's Chance Hawbaker could make a splash in the sprints as the area leader in the 100.

Franklin County had four local winners at the Mid Penns, and you would expect them to take that momentum to districts. Waynesboro's Austin Kassman has led the area in the boys javelin all year with a top throw of 160-6, 10 feet short of the District 3 qualifying standard. But with one final opportunity to qualify for districts, he crushed his personal record at the MPC championships with a throw of 176-0 to pass the qualifying mark by six feet.

Keep an eye on our area's top throwers, Kelton Chastulik of Chambersburg and Campbell Parker of Greencastle, who will both compete at the district meet. Parker's best throw in the discus surpassed the qualifying standard by more than 30 feet, while Chastulik's best of the season in the shot put was more than eight feet past the qualifying mark.

Chambersburg's distance standouts Abby Yourkavitch and the girls' 4x800 relay will also travel to SU for the district meet. 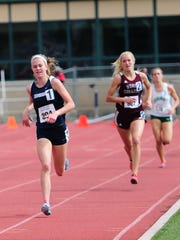 Chambersburg's Abby Yourkavitch (1) won the 1,600 at the Mid Penn Championships with a time of 5:05.99. (Photo: Greg Holder, for GameTimePA.com)