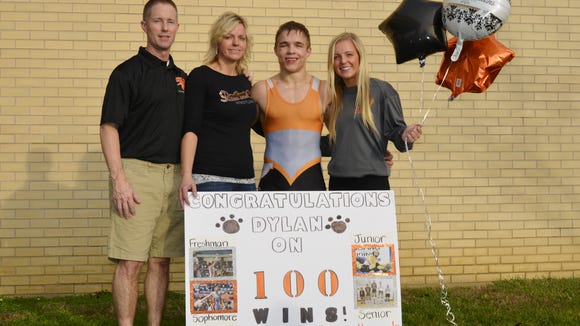 Central York's Dylan Chatterton earned his 100th high school wrestling victory over the weekend. The photos above were submitted by Chatterton's father, William.