It was another wild week on the gridiron for high school football. 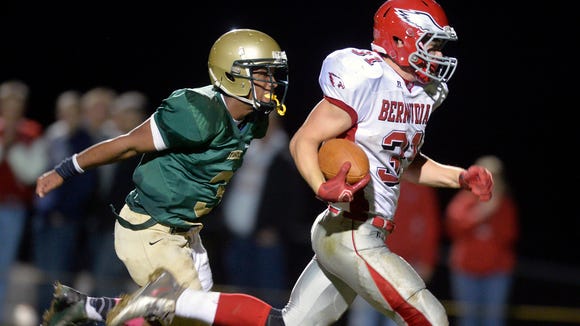 It was another wild week on the gridiron for high school football.

As always, there were impressive individual performances as well, not the least of which was Colton Dull, who continued his rushing assault on opposing defenses once again. Bermudian Springs’ standout running back, who won football Athlete of the Week last week, had another monster effort once again in Week 8, carrying the ball 35 times for 290 yards and five touchdowns in the Eagles 42-21 win over York Catholic.

Dull has a chance to win the honor once more, along with our other nominees in this week’s poll.