Going into the YAIAA tournament, Spring Grove's players were pretty honest about what they wanted to happen. 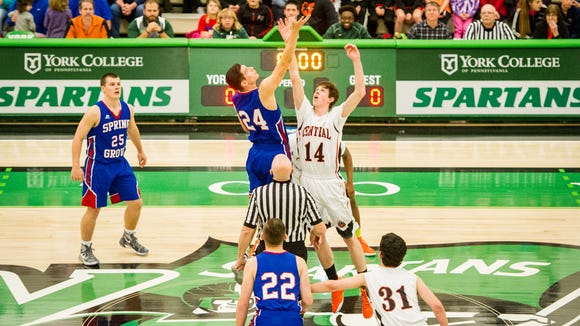 Going into the YAIAA tournament, Spring Grove's players were pretty honest about what they wanted to happen.

The Rockets wanted to win the tournament championship, and they wanted to do it by beating Central York, the team that handed them both their losses in the regular season.

"We want to see Central for the third time," Spring Grove star guard Eli Brooks said after the Rockets quarterfinal win against Hanover. "We're looking for revenge there, but we're just focusing on each game."

Spring Grove got its wish and took advantage, beating Central York, 42-36, in the league championship game at York College on Feb. 13. It was the Rockets first YAIAA title since 1971.

Now, the Rockets get to play the Panthers again.

But the Rockets won the game that both teams wanted the most, using a fourth-quarter comeback in the third matchup to end Central York's league title hopes. As much as the Rockets wanted that win, the Panthers are likely just as determined to claim the fourth matchup.

But Tuesday's game isn't just about revenge or bragging rights. It's also a chance to advance to the district title game and play for another championship, something that is on both team's minds.

“It doesn’t matter who we play because everybody’s good, so we’ve got to bring it,” Central York senior Jared Wagner said after the Panthers win over Hempfield in the District 3 quarterfinals. “And if it is Spring Grove, we know everything about them, they know everything about us. So it’ll come down to execution.” 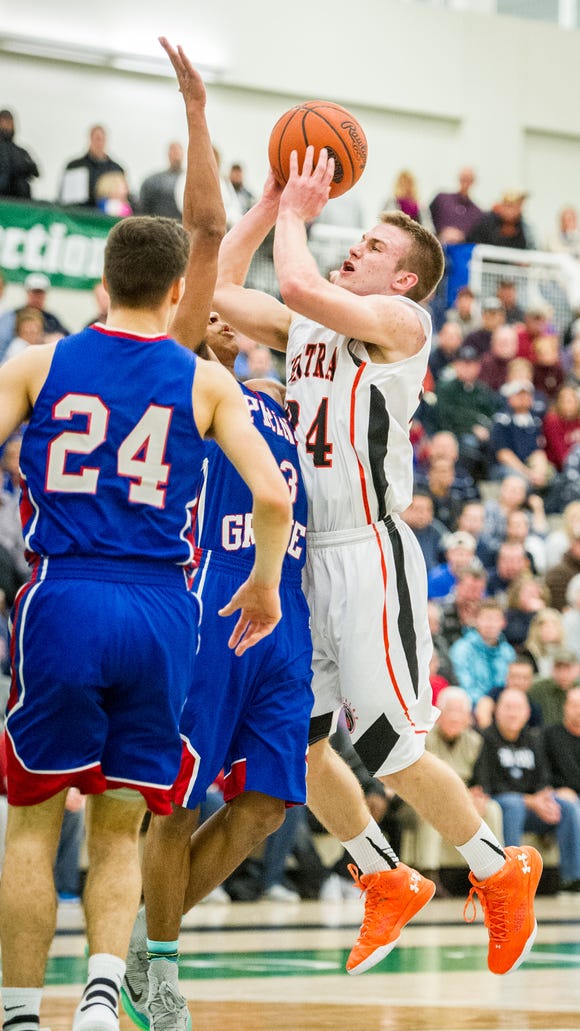 Wagner knows from experience how important execution is when playing a team like Spring Grove, having missed a pair of potential game-tying free throws late in the league title game. The senior, who scored 17 points that night, was far from the only player to miss some shots during a game in which both high-scoring teams combined for a surprisingly low 78 points.

If the last three games between the Rockets and the Panthers are any indication, Tuesday's contest will be more of a defensive slugfest than a offensive showcase. Neither team scored more than 53 points in any of the three previous matchups this season, and both clearly know how to defend the other.

Still, both have a top scorer capable of getting hot at any time. Brooks and Wagner are both in the top-five in scoring in the YAIAA and have each had success against the other this season. Brooks scored 26 points, including 17 in the fourth quarter, in the league title game while Wagner finished with 25 in Central's win over Spring Grove on Jan. 15.

While both programs clearly respect each other, neither is going to back down from a challenge. If Tuesday's game is the last matchup between the Rockets and Panthers this season (they could potentially play for a fifth time in the state playoffs), hopefully it once again lives up to the hype.

“We’ve got to come out and not give (Central York) the lead," Eli Brooks said after Spring Grove's win over J.P. McCaskey in the district quarterfinals. "They are such an energy team."