With one month left in the wrestling dual meet regular season, here are five duals to look forward to.

Not much was settled in the first month of the YAIAA wrestling dual meet season, but division champions will be crowned across the league by the end of January. Teams from the Hanover-Adams area have already been competitive in Divisions I and III, and some big matches are lurking in January that will help decide the titles. Here's a look at the top four to get excited about, ending with No. 1:

Both the Nighthawks and Squires sit in a similar position this season, as they've both managed to fill all 14 weight classes but are relying on several young wrestlers to round out their lineups.

Anytime a team in Division III can fill out all the weight classes and pick up points off forfeits there's a chance it can win enough matches to stay in the mix for the division title.

Bermudian Springs is the powerhouse in this division and Biglerville is expected to compete, but the winner of this match will stay undefeated in the division for a little while longer. 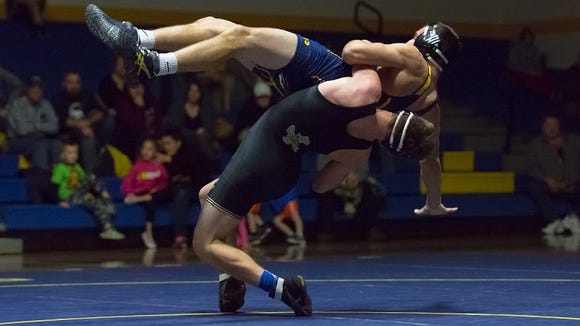 On the same early January night that Hanover and Delone Catholic face off in a dual meet that will leave one team keeping pace with the favorites in Division III, the Lions and Colonials will meet under similar circumstances in Division I.

New Oxford already has one division loss, but the Colonials showed they're a force to reckon with by pushing defending division champion South Western all the way to the last match in a dramatic 35-34 loss. Red Lion was the only team in the division not to wrestle a division dual meet in December, but the Lions finished in second place last year and are led by heavyweight Jared Schell, who competed in the Super 32 this past fall.

South Western and Spring Grove seem to be the favorites in Division I, but New Oxford can stay in the race by winning this home dual.

One of the best rivalries in the YAIAA gets renewed in late January, and there's a good chance the division title will be on the line. Several of the same Biglerville seniors who made this fall a special football season are wrestling and looking to repeat what happened on the last week of the football regular season when the Canners beat the Eagles with the game on the line. 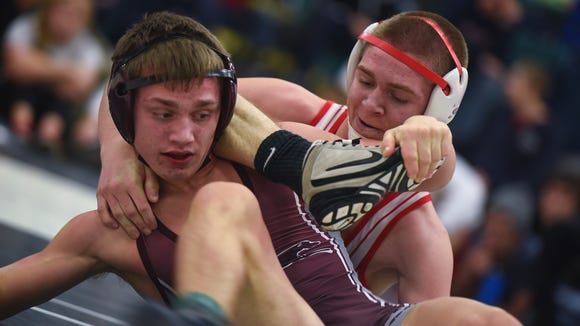 The last week of January will be full of fun and drama as another pair of bitter rivals will also get together to decide Division I.

The Rockets have throttled all three of their dual meet opponents so far this season, while South Western pulled off the most exciting win of the season in its only December dual. 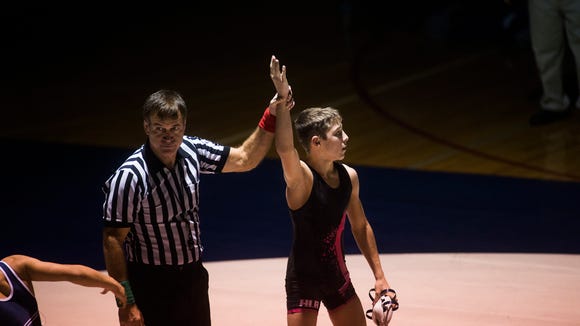 Spring Grove's Clay Baker is announced as the winner against Nathan Townsley in a 106-pound bout in December. (Photo: File, GameTimePA)