York Catholic hungry to get over the hump

The Fighting Irish bring back the YAIAA's leading rusher from last season, and a skilled quarterback.

York Catholic hungry to get over the hump

York Catholic running back Jakkar Kinard will be back for his senior year after leading the YAIAA in rushing in 2015. He is shown here running against Steelton-Highspire during a 21-14 Fighting Irish win on November 20, 2015.(Photo: Kate Penn, York Daily Record)

After York Catholic made three straight appearances in the District 3 Class A title game, those around the program said it's time to get over the hump. And the PIAA's split into six classifications could be just what the doctor ordered.

At least that is what Fighting Irish coach Eric Depew is hoping as his team moves up to Class 2A, where there is no longer a district playoff game prior to the championship contest. The Irish have finished district runner-up in each of the past three years.

Between that and finishing only a game behind Division III co-champs Hanover and Biglerville in 2015, York Catholic has plenty to play for in the new campaign.

“The kids are excited about that going into this year I sensed through the summer we are hungry,” Depew said. “To be there three years in a row and come up short, division-wise we were right there and were short, I think the kids are hungry for that.”

One thing the group won’t do is rest on the laurels of past success.

“We talk about it and will more when we get into the season,” Depew said. “This is a very important year for us, we want to try to get over that hump. I expect us to be there so we don’t want to be satisfied with silver.”

Quarterbacks: Although he is entering his second season under center, Dan Yokemick is a four-year starter at various positions for the Irish. He completed 52 percent of his throws last year with 13 touchdowns.

Receivers: Depew said this is an area of concern as most players who recorded catches last year have graduated. However, Depew has high hopes for 6-3 junior Riley Brennan.

YAIAA Division III football players discuss a variety of topics, including their favorite NFL players and most embarrassing moments.

Defensive line: Knauer had 30 tackles, four for loss with two sacks last season, and fellow senior Mike McKim will provide an athletic option while stepping in for graduated seniors.

Linebackers: Jake Hamilton (109) and Ryan Sewell (94) combined for 213 tackles as junior last season and are back to anchor the Irish defense.

Secondary: Yokemick (73 tackles, three interceptions) and Kinard (23, one) are solid in the secondary, and Depew is hoping the return of Brandon Kennedy will add depth to the mix.

There will likely be new faces in the kicking/punting game, but the staff is very high on what’s in the pipeline. Kick returning is covered with Kinard and others.

Depew isn’t one to point to a certain opponent, but opening the season at neighbor York Suburban will likely have the team fired up.

Big and athletic, York Catholic has a lot of experience returning from a team that has been very successful. There seems to be little reason to expect a drop off now. 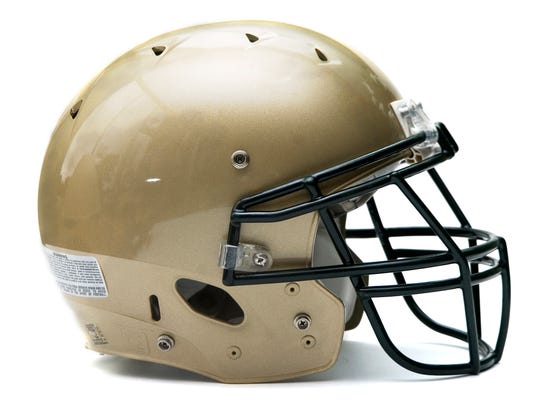