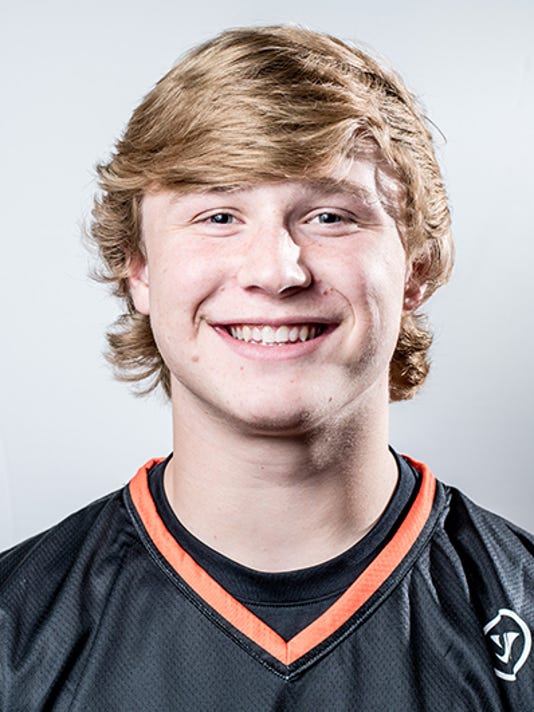 An Athlete of the Year award? Yes.

A full-ride scholarship to a Division-I lacrosse program? Signed, sealed and delivered.

If there was a high school sports checklist, York Suburban's Collin Mailman checked off just about every box in what turned out to be a legendary career in football and lacrosse. And while his path leads him to Drexel University in a few months, the legacy he left at York Suburban won't soon be forgotten.

York Suburban and YAIAA football fans alike got used to hearing that phrase over the last few seasons – Merkle to Mailman.

The two teammates have known each other since preschool and “did everything together,” Merkle said.

They were so good together that they weren’t allowed to be on the same football team more than once a week during recess in elementary school because if they were, the other kids refused to play.

"Everyone would complain and actually end up quitting because we couldn't be stopped," Mailman said.

They didn’t start playing on the same team in organized football until eighth grade but their chemistry was immediately evident.

“I knew we had a strong connection on the field when in the first quarter of our first game together we had a long touchdown connection,” Merkle said. “That was the beginning.”

10 YAIAA athletes who grabbed our attention

Collin Mailman finished his football career at York Suburban with a school-record 2,400 receiving yards and helped lead the Trojans to their first outright division title since 1982. (Photo: Chris Dunn/GameTimePA.com)

“He was one of the top five-to-seven players I’ve coached in my 30 years,” Trojans offensive coordinator Brian Marshall said of Mailman. “He was a great team player, always in a good mood. He was just as happy for a teammate’s success as his own. And he was very coachable. He always wanted to pick up any advice he could.”

Mailman recalled the Trojans' dramatic, last-second victory at West York in 2015 and later winning the division title as his favorite memory. But Marshall’s fondest memory of seeing Mailman on the field actually came in a district-playoff loss. Mailman caught a short route and Marshall was hoping he’d keep it outside.

“He snapped about three defender’s ankles off during a run that went in and out and back in again for a touchdown,” Marshall said. “His hand-eye coordination was fantastic. His quick feet and ability to adapt to any throw set him apart from others.”

What’s more impressive about Mailman is that while his record-breaking season at wide receiver was impressive, football isn’t even his best sport. Mailman scored 60 goals this season – third-best in the league – and is committed on a full ride to play lacrosse at Drexel University.

He was the YAIAA coaches’ Player of the Year and the GameTimePA.com Boys’ Lacrosse Player of the Year. Widely respected by opponents as the toughest player to defend, Mailman’s laser shot was a must-see spectacle.

He shot a whiffle ball over 100 miles per hour with a lacrosse stick at GameTimePA Media Day.

”Just being on the field with him while he would take over games, it was so cool to see my friend just dominate against entire teams because no one could stop this kid this year,” said teammate Mike Sipes. “He’s a freak of an athlete and a fun kid to be around at all times.” 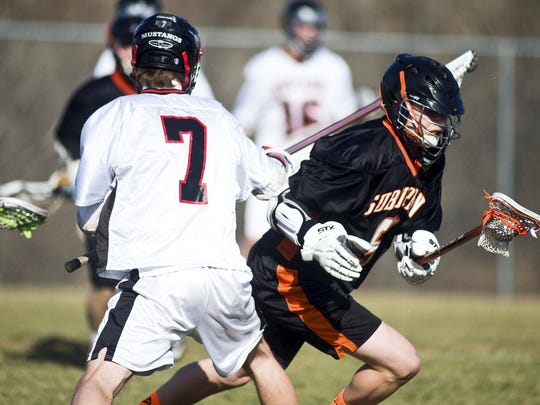 Mailman scored 60 goals for York Suburban lacrosse in 2016 and will attend Drexel University on a lacrosse scholarship starting this fall. (Photo: Clare Becker/GameTimePA.com)

Sipes, who has been friends with Mailman since second grade, credited his friend with introducing him to lacrosse seven years ago. Sipes has played alongside Mailman ever since and is committed to play at Frostburg State next season.

“He convinced me to play and we’ve been playing ever since,” Sipes said. “He’s the type of kid to lead by example. He would help out the younger kids by telling them that he used to have the same problem and give them help on how to get better.”

Mailman admitted that while attending Drexel and being in the heart of a big city like Philadelphia will be exciting, it's lacrosse season that he's most looking forward to.

"Division I lacrosse is much faster and more physical," he said. "I'm anxious to get out there and see how I can contribute to the team."