Three mainstay coaches stepped away from the sideline this year

To say that an era or a golden age of longtime head coaches in York County came to an end this year might be an understatement.

Three coaches – Troy Sowers, Brad Livingston and Bill Ackerman – who had a century’s worth of coaching experience between them all said goodbye this season.

Central York cut ties with Livingston, who had more than 80 combined years coaching in the football and boys’ volleyball programs, in December.

Sowers said he was ‘burnt out’ when he announced his resignation from William Penn basketball in February after 10 years at the helm. And Ackerman, who had spent the last 18 years coaching West York basketball, followed suit a month later when he stepped down.

Just like that, the YAIAA lost three coaching legends and mainstays.

"I can't recall three such high-profile coaches leaving in one year," said Ron Ruman, the longtime high school sports radio voice for WOYK. "I'm sure the number isn't unusual, but the stature."

When he stepped down in March, Ackerman said the job has become a 'monster.'

"I think the job has become so overwhelming and the expectations are so overwhelming that it's not fair to these coaches," Ackerman said. "You're not going to see 20-year coaches anymore. If you make it 10 years now, you're basically considered a dinosaur."

Ackerman's right. Maybe the days of coaches spending 10, 15, 20 years in one place are behind us. With Ackerman and Sowers stepping away, the YAIAA has just three coaches – Brian Schmoyer, Jeff Bair and Tom Flaherty – who have spent more than 10 years at one school.

And Livingston’s departure leaves just Jon DeFoe (Bermudian Springs), Kevin Myers (Dallastown) and Mike Lippy (Littlestown) as the only YAIAA football coaches with more than a decade at one school.

"I think it's a lot harder to have that long of a tenure right now," Livingston said. "In the time since I started teaching through today, times and people have changed. It seems as though the job is much more complicated than it once was. And that's sad because I think there's a lot to be said for consistency and having a program in place. It takes a pretty tough person to have that kind of tenure now."

Twenty-three schools. Three coaches. That’s saying something. And 12 football programs in the league have changed coaches in the last two seasons, including York County Tech and New Oxford, which have made coaching changes in each of the last two offseasons.

“It’s a ‘what have you done for me lately?’ world,” Sowers said. “Fans and school boards want championships every year. It’s stressful when you’re in a situation where you’re expected to win every game. And it’s tough with the amount of time you have to put in if you want to be successful. If you put in that time, you’re probably going to burn out. And if you don’t, you won’t be successful. It’s a catch-22 and it’s the nature of the beast with high school sports because they’re really year-round now.” 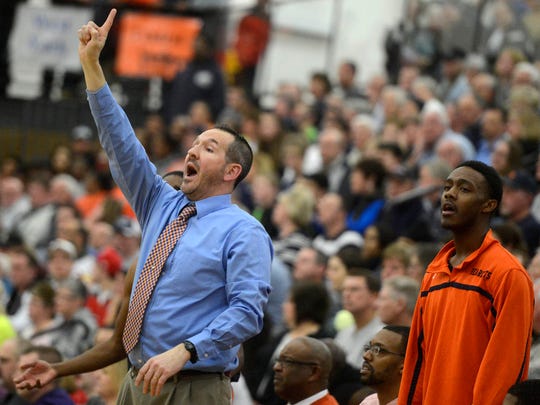 After 10 years of being at the helm of William Penn basketball, Troy Sowers stepped down during this past season. "When your mind is consumed with winning, getting kids into college and playing at the level we were playing, it consumed my mind," Sowers said of the current coaching climate in high school athletics. "Now my mind is freer. There’s less stress, more energy.” (Photo: File/GameTimePA.com)

Stepping away from sports for the last few months has made a huge difference in Sowers’ everyday life, especially in terms of family time. And he doesn’t miss coaching yet because he feels fulfilled with that part of his life. Now it’s a new chapter, he said.

“Mentally it’s sort of like I took one of those pills in the movies where it activates your whole brain,” Sowers joked. “My brain isn’t all basketball anymore. I get to cook with my wife. I get to fish with my son. We’re training for a 5K. These are things that normal people do that I didn’t realize. When your mind is consumed with winning, getting kids into college and playing at the level we were playing, it consumed my mind. Now my mind is freer. There’s less stress, more energy.” 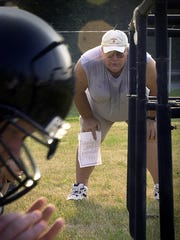 Ackerman has enjoyed his first few months away from the game, too. He has focused on spending time with his kids and improving his health since stepping down. He coaches adults now in health and fitness, which he joked is a good outlet to get his coaching fix while still being in the best shape of his life.

The longtime head coach won 348 games and three league titles but won't miss having to deal with pressures that come with coaching high school sports, he said. He feels for the young coaches working around the clock before they're 30 because of the pressure, and admits he was close to being the same way.

"I find myself talking to guys who are 28, 29 and they sound and look like they've been coaching for 20 years because they're so burnt out already," Ackerman said. "My first five years I didn't have the right perspective either. I was putting a lot of pressure on myself based on wins and losses, then I realized I'd never last like that. I changed my perspective on how and why I was coaching and I think that saved me. When you let go of the results and focus on the process and building character, great things can happen."

Other noteable YAIAA coaches and administrators who saw their tenures come to an end in 2015-2016:

Chris Adams, formerly the athletic director at York Suburban, remained at the school as assistant principal. Matt Marshall took over as AD.