How a York soccer star became an elite runner

Hellam Township's Dalton Hengst was playing for one of the country's top soccer clubs when the running bug bit him.

How a York soccer star became an elite runner

Dalton Hengst, a 17-year-old runner from Hellam Township in York County, is one of the fastest high school milers in the country.

In the seventh grade, Dalton Hengst wanted to play soccer and run.

"I was still playing for one of the best (club) soccer teams in the country," Hengst said during a December interview. From his parents' perspective, "Why would I want to switch my focus when I could go to college for soccer?"

But after enough pestering, his parents let him pursue both sports in eighth grade.

He grew up with soccer, played on teams like PA Classics, Baltimore Bays and Baltimore Celtic. And at Celtic, his play opened the door for a chance to attend McDonogh School, a five-day-a-week boarding school, in Maryland. Celtic coach Brandon Quaranta, who accepted the head job at McDonogh in 2014, asked if Hengst would consider attending McDonogh.

"I told him no, I'm going to stay at Eastern and run for them," Hengst said.

But when an opportunity to participate in both sports at McDonogh opened up, Hengst made the move. He started for both varsity teams. And looking back, Dalton's father, Eric Hengst, said one of the biggest advantages was Dalton wouldn't walk on the team as the best runner. He was a clear No. 2.

Even so, the two-sport fall schedule was demanding. He was practicing or playing soccer games Mondays, Wednesdays and Fridays. Then he was training or racing with the cross country team Tuesdays and Thursdays.

"On paper that looked fine, then as the season progressed and a couple invitationals and cross country meets had to be rescheduled, there were some conflicts," McDonogh distance running coach Jeff Sanborn said. "There was no replacement for our No. 2 man in cross country."

Only after Hengst won the national championship in the mile at the end of his freshman season did he make the full-time move to cross country and track. 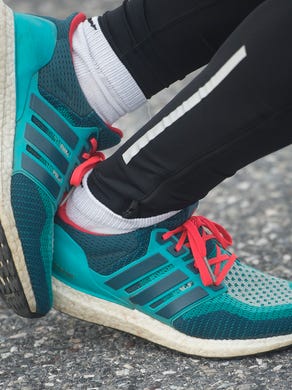 He loved soccer, but he was even better at running.

After placing 21st in the Footlocker Cross Country National Championships in December, Hengst noted: "This basically makes quitting soccer worth it."

Yet, he remains loyal to where he grew up.

"Right now, honestly, I think I'm under one of the best coaches in the country at McDonogh, but at the same time I can't give all the credit to McDonogh. Running is an individual sport, and I get my drive from my parents. That's how I was raised.

"I'm sure the Eastern coach could have gotten me just as far, but McDonogh helped me get to where I am today."