Eli Brooks discusses the improvement the Spring Grove basketball team has made this season. 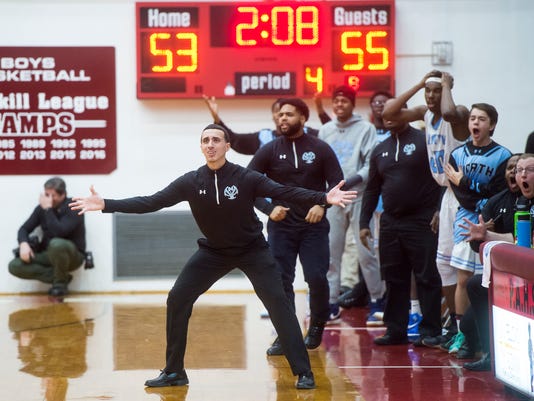 It was early in the fourth quarter of a second-round state tournament game against East Stroudsburg North. While the Rockets held a four-point lead, senior Eli Brooks limped off the court after being fouled on a drive to the basket. That put the Rockets in the unfamiliar position of playing a tight game without their star player, and then Eli Brooks remained sidelined longer than his coach expected.

"We just had to make sure that we didn't let them go on a run while he was out," James Brooks said.

The Rockets did just that. Junior Grant Sterner came off the bench to make two huge layups, and Eli Brooks returned after about two minutes to help Spring Grove finish off a 65-55 victory Friday at Martz Hall.

"I'm sweating when he's (shooting) but I'm loving it after it goes in," James Brooks said of Sterner. "Our guys figured out a way to keep the boat alive until (Eli) came back."

The Rockets advance to a PIAA Class 5A quarterfinal, where they will face Archbishop Wood Sunday at a time and site to be announced. 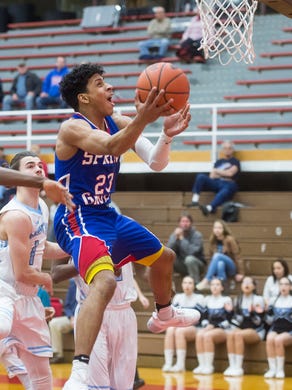 Spring Grove's Eli Brooks (23) receives medical attention after being fouled hard in the paint during play against East Stroudsburg North in a second-round PIAA basketball game Friday. Brooks was checked out in the locker room and returned to play after missing around two minutes of action. Dan Rainville, GameTimePA.com
Fullscreen

Brooks had a typical well-rounded game with 23 points, seven rebounds and four assists, but the Rockets also received a balanced offensive performance with six players scoring. Austin Panter chipped in 16 points, Jon Sager tallied eight and Sterner came up clutch with six in the second half.

Added Sterner: "(Eli getting hurt) is not something we want to think about, but if it happens we all have to play as a team. Everyone worked as a team, and (me getting those shots) just happened that way."

While the Timberwolves had a huge size advantage over Spring Grove with 6-foot-7 Devontea Wiggins and 6-foot-6 Darin Bellinger, the Rockets didn't give up many points in the paint as East Stroudsburg North missed plenty of layups. On the other side, Spring Grove was efficient early on and got a number of baskets in transition. 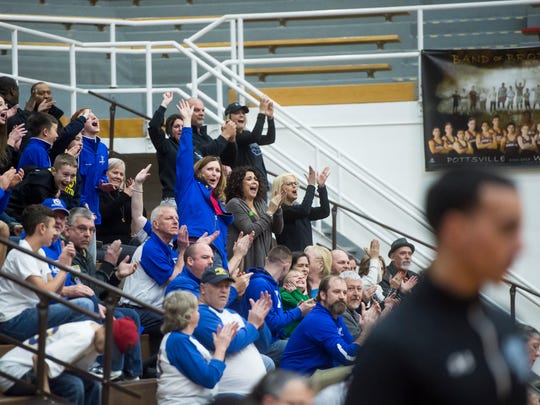 Up by four at halftime, the Rockets slowed the game down in the second half by passing around the perimeter. The Timberwolves cut the deficit to two with 1:30 to play, but Brooks hit two free throws and Jake Messersmith followed with four after a technical foul to ice the game.

"We actually wanted to slow the game down, but we had a couple open buckets (on fast breaks) so we took them," Eli Brooks said. "Usually I get most of the rebounds, but we knew that we were going to have to do that collectively today. And I think we did that well."

Eli Brooks, who also suffered a bloody nose before he briefly left the game, said he left the game after an opposing player stepped on his leg. He added he thought it might be bad initially, but he was quickly able to put pressure on his leg.

The Rockets supporting cast has been a work in progress this season, but Brooks praised his teammates for helping him carry the load Friday.

"We struggled all summer league, but we grew a lot, mostly mentally," Eli Brooks said. "We always had the skill, we just didn't always put it together. Now the kids are used to winning, we're winning close games. That's a testament to a winning culture." 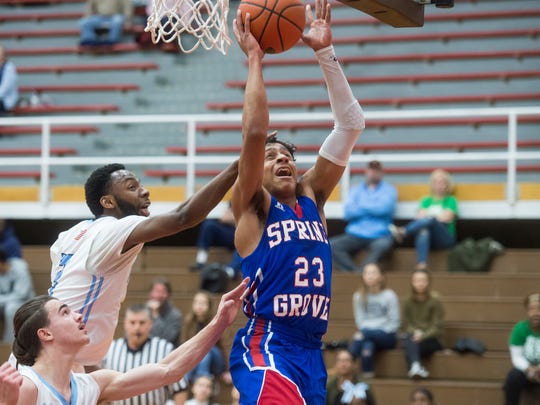