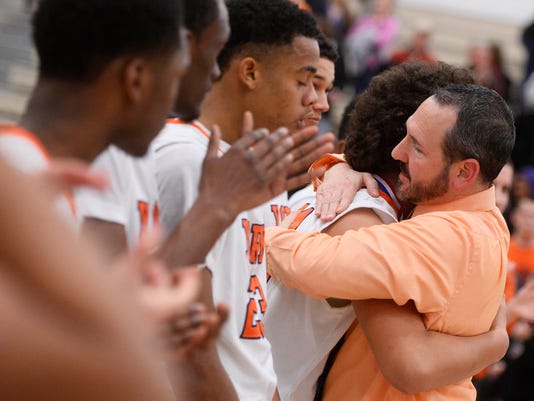 Sowers told his players and coaches after Wednesday's loss to Carlisle and informed the school district Thursday morning.

"It's something I've been thinking about," Sowers said. "You just sort of know when the end is near. I've been a head coach for 20 years, 10 at York High, and I'm sort of burnt out. That's the best way to put it. I didn't understand what burnt out meant when I was young. ... But you sort of realize when you're just tired. The level that we coach at being at the AAAA level — with the stress, pressure and small margin of error and with as hard as we worked — takes a mental toll on you."

Sowers is among the most successful YAIAA head coaches, leading the Bearcats to four league titles, three district titles and a 225-67 record in 10 years at William Penn. His total career varsity record is 301-213 in 20 seasons. Sowers' best season came in 2008-2009, when the Bearcats went 32-2 and reached the state championship game. "I'm extremely happy that I've been able to be a part of it," Sowers said of William Penn's success. "We've enjoyed a great deal of success. When I came in, I thought I could win championships and push kids into college. And we've been able to do that. We've been the most successful staff in York High history at doing that. We've sent 28 kids from our programs to college." 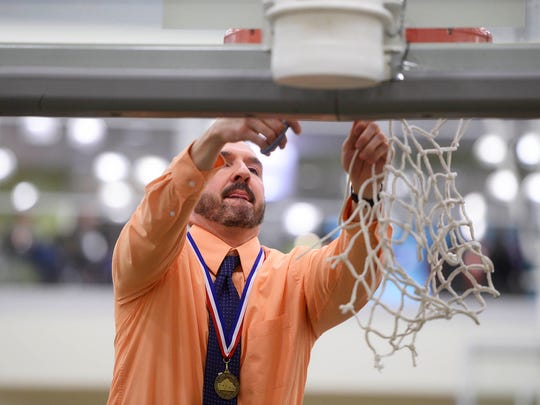 After two straight district championships, William Penn's 2015-16 season ended in the first round of districts Wednesday night. Finishing with a 12-11 record, it was considered a down year for the Bearcats, who returned three starters from a 26-5 team. It was the worst record posted under Sowers since the Bearcats went 12-13 in his first season at William Penn. "Times have been a little different lately," Sowers said. "When you're at the level we've been at for the last few years, you do a little more every year. You do a few extra workouts or practices get a little longer each time. When you want to win and love your players as much as our staff does, you put the extra hours in and sometimes it catches up to you. It boils over and you need a break."

Sowers said he plans to continue teaching at William Penn for another nine years and is excited to be more "mentally vibrant" at home rather than worn down, he joked.

He added that longtime assistant coach Clovis Gallon would be a great successor in the head coaching role.

"I think he would be a great candidate for the job," Sowers said. "He has paid his dues and he's a major part of all of our success. I'd feel very safe with him carrying on the traditions that we started."

Sowers' resignation comes just over a month after longtime athletic director Joe Chiodi stepped down and three months after Shawn Heinold announced he wouldn't return as the football coach. Incoming athletic director Ron Coursey will now be looking to hire new head coaches for both the football and basketball programs.

"I'd like to thank him for all of his service to York High basketball and the community at large," Coursey said. "He built and sustained a proud and successful program, winning multiple championships. Whoever is selected to be the next coach for York High basketball will have huge shoes to fill."

William Penn head coach Troy Sowers yells out to his players during a 2010 game. Sowers announced Thursday he will resign after 10 years with the Bearcats, during which the team won three District 3 Class AAAA championships. (Photo: File, GameTimePA.com)

Troy Sowers' career by the numbers

District 3 championships at William Penn: The Bearcats won the Class AAAA championship in 2011, 2014 and 2015.

PIAA championships at William Penn: Sowers led the Bearcats to a state runner-up finish in 2009.