The YAIAA will crown its champions Thursday and Friday. Follow live updates on the action in the liveblog below.

Fans lined up outside York College's Wolf Gymnasium and out the door of the Grumbacher Sport and Fitness Center for the YAIAA boys' basketball championship game Friday, Feb. 17, 2017.

Northeastern has taken a 31-26 lead against Central York at halftime of the YAIAA championship game.(Photo: Chris Dunn, GameTimePA.com)Buy Photo 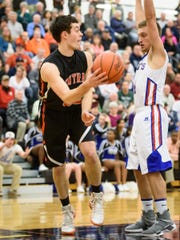 The two best teams in the YAIAA will meet in the league tournament title game Thursday. Central York advanced with a win against York Catholic, while New Oxford earned its shot at the championship with a win against Delone Catholic. 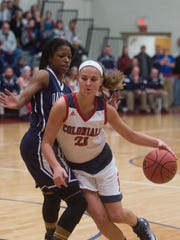 The YAIAA will crown its champions Thursday and Friday. Follow live updates on the action in the liveblog below.

Plus, you can watch the championship games on Thursday and Friday live at GameTimePA.com.