Though Mother Nature has put in a delay for some, the start of the baseball season is here.

Find out who had the best plays from around GameTimePA.com this week in the various PIAA tournaments. 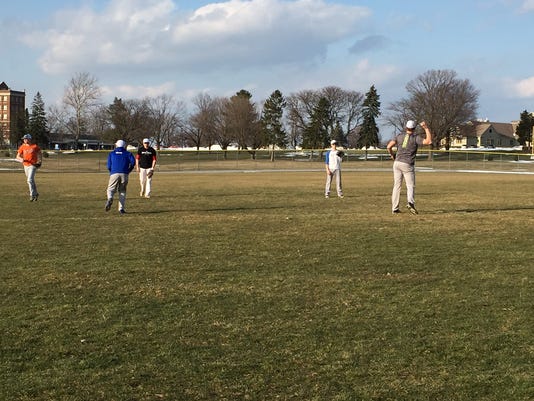 Though Mother Nature has put a delay for some, the start of the 2017 Lebanon County baseball season is here.

Here's some of the story lines affecting each team.

Season outlook: Not only was it a learning year for the Falcons' then first-year head coach, but also one for a number of young players adjusting to playing at the varsity level, with four sophomores and three freshman starting last year.

Brown said, "For a (Class) 6A Section 1 program, you don't see that. But I believe in playing the best players, and developing the right players to get the program better, and we did that last year. This is still going to be a little bit of a building year, but we have enough experience that a lot of good things can happen. But it's going to rely on our pitchers. We have the defense this year, and I think we'll be able to hit the ball as well."

Brown also says developing overall baseball IQ is what's most important for the continued growth of his team.

"We're playing big schools where every team has kids going to college to play baseball in this section," he said. "Seeing how these players play, how the pitchers throw, adapting to the curve ball, being on the mound and throwing to seniors - they faced a lot of seniors last year - it's going to help these kids be more mentally prepared."

Season outlook: After getting a taste of postseason success last season, highlighted by their upset of Hempfield in the Lancaster-Lebanon League playoffs, the Raiders are more than motivated to keep building on the momentum.

"A lot of that's been on their mind," Weidner said. "Their mindset is wanting to get back to Ephrata and have another go at league playoffs. If anyone lets us in, we're capable of beating people, as was our mindset last year."

One key piece back is all-section and all-league senior Cole Miller, who not only returns to his comfort zones on the mound and behind the plate, but will also expand his role to shortstop and third base. He's certainly capable of the task, having earned all league honors as a utility player last season. 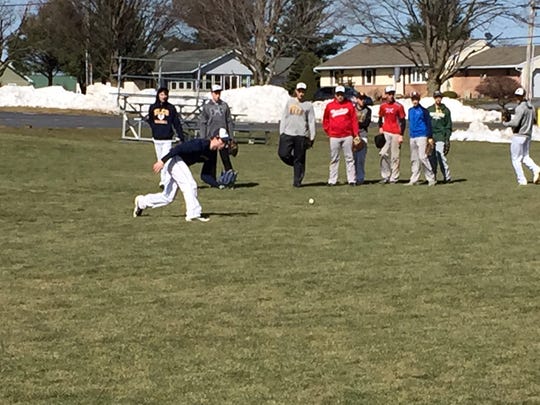 Elco also gets back senior Kyle Knight, who after sitting out last season with a knee injury, Weidner says will bring speed and leadership to this year's squad.

Season outlook: Last season's difficult ending of just missing a district playoff berth is still eating away at the Vikings, knowing their offense, which was supposed to be a strength, ended up costing them during a losing skid that set their unfortunate fate.

"Of all the things going into last year, that was one thing I felt pretty comfortable with," Hess said. "We lost some games early because we didn't score runs, and then we starting hitting and the wins started coming, and the pitching was pretty consistent throughout. We just hit a little stretch where we didn't hit. It really surprised us and I think it got in our heads a little bit."

For the returning players who also have the task of leading new players in key roles, especially up the middle, Hess says its just a matter of keeping everything simple.

"If we happen to get in a rut like that, we just know we have to get out of it quicker," he said. "We need to try and free their heads, just going out there relaxing and playing."

The Vikings are off to a good start after a 4-1 win in Friday's season opener over McCaskey.

Season outlook: After arguably one of the most successful seasons to date, the Cedars will have to overcome yet another obstacle if they want to continue making those positive strides: losing 10 seniors.

"It's crucial to the success of our season because we have so many new and young guys that will be put into situations without experience," Toomey said. "But their expectations remain the same. We have high expectations for everyone. I'm excited for those guys."

But those newer players will still have some help, with a few key parts returning, including on the mound.

"We have a number of great leaders," Toomey said. "Two of the guys that have been with me for all three years I've been here are Cody and Camryn. We'll be relying heavily on them both on the mound, at the plate, and in the field. Dharlim behind the plate is another. Having those guys back in those key positions allow you to constantly compete with everyone."

The Cedars dropped their season opener Monday, 3-2, at Elizabethtown.

Season outlook: Led by a strong core of seniors returning, Shyda likes his team's depth in the field, hoping that will also turn into a productive year at the plate as well.

"Pitching and defense should be strengths for this season’s squad," he said. "With two of last season’s three starting pitchers returning (Long and Setlock) and several promising newcomers, the pitching staff appears to be deep. If our hitting comes around, we should be competitive in Section 4."

The Dutchmen are off to a roaring start, thanks to a 7-1 win over Lancaster County Christian in Friday's season opener.

Season outlook: It's been a tough go for the Beavers' program lately, having not won a game in the past two seasons. With a new coach comes a new mindset to keep players' heads high in hopes of beginning to turn things around. 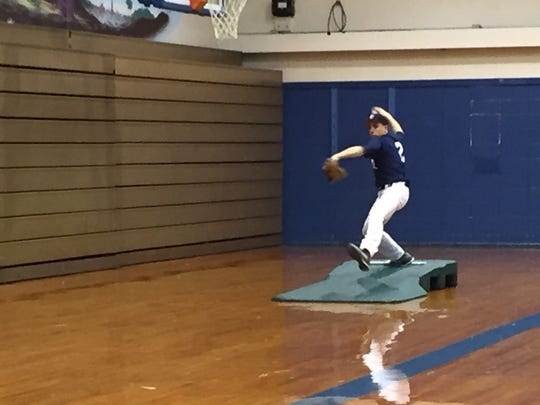 Lebanon Catholic will be relying heavily on junior Nate Hatzfeld on the mound, and at the plate this season. (Photo: Matt Catrillo/GameTimePA.com)

"We need to live in the moment, and everyone has to have each other's back," Long said. "Guys are going to make mistakes. But if I have my leaders picking them up, we'll be able to work through it."

With that, Long is giving his team three goals to focus on this season.

Long said, "One is I want all games to go seven innings; that's the goal for every game. Another is to cut down on unearned runs and play error-free baseball. Third is obviously getting a couple in that win column." 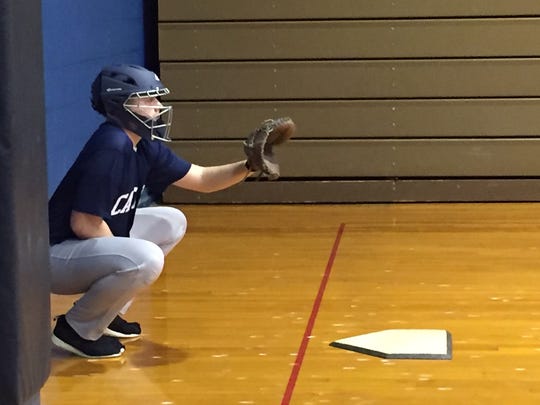 Lebanon Catholic senior Nick Hartman is stretching his versatility to behind the plate this season. (Photo: Matt Catrillo/GameTimePA.com)

Season outlook: After last season's memorable run to the district final, the Cougars begin a new era with their new coach. Though a good amount of last year's core are returning, Weber says the journey still won't be easy.

"We are optimistic and we like our team," he said. "We have a solid core of returning seniors mixed with a talented group of under classmen.  We have a challenging schedule and we will be tested early."

Palmyra is certainly experiencing that already, after a 2-1 season-opening loss at Big Spring on Friday.