McConnellsburg's Josh Booth won a gold medal as a junior - and expects nothing less next year.

Southern Fulton's Chase Varner had control of the GameTimePA.com snapchat account for the entire weekend of the PIAA championships.

McConenllsburg's Josh Booth leans over the finish line for the win during the boys 2A 300-meter hurdles at the 2017 PIAA track & field championships at Shippensburg University on Saturday, May 27, 2017.(Photo: Lindsey Smith, GameTimePA.com)Buy Photo

Last year Josh Booth put McConnellsburg on the map with a fifth-place finish at the PIAA championships as a sophomore.

But now, Booth has done himself one better, taking home a gold medal in the boys Class 2A 300-meter hurdles Saturday at the PIAA Track & Field Championships at Seth Grove Stadium.

Booth earned gold with an area's best time for the year in 39.11.

"Freshman year I knew I wasn't going to place anywhere, I just needed to do it," Booth said. "Then my 10th-grade year was sort of the eye-opener that I could do something with it. And this year, I was super freaked out in the trials, but after getting all of that out of my system I started thinking about this as just another meet, and that kind of calmed my nerves."

And next year, Booth expects nothing less than another state title.

Booth breezed through the prelims to earn a top-seed heading into the finals, but with Ryan Atcavage on his right, Booth knew he was going to have to start hard if he hoped to bring home PIAA gold. 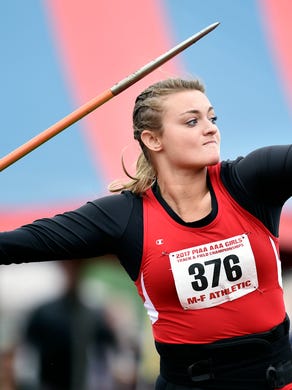 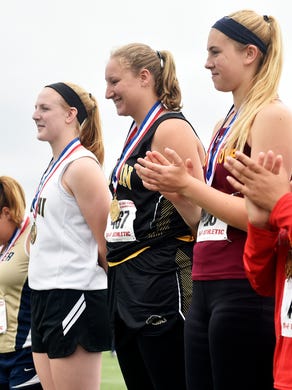 Red Lion's Madisen Kling, center, stands at the top of the podium after winning gold in the Class 3A discus throw in the PIAA track and field meet Saturday, May 27, 2017, at Shippensburg University. Chris Dunn, York Daily Record
Fullscreen 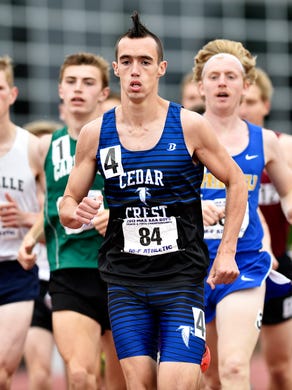 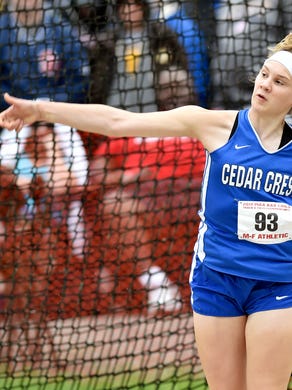 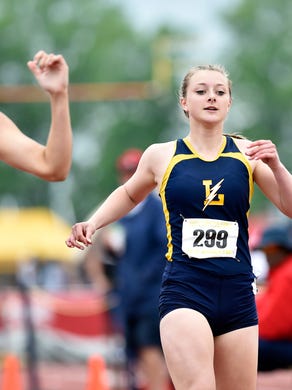 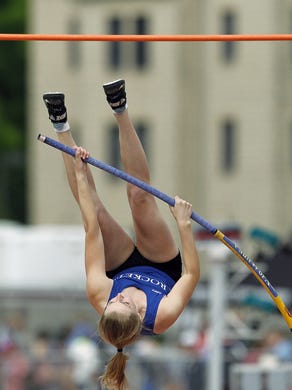 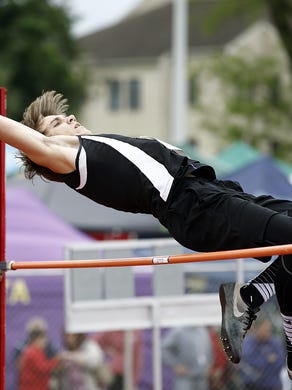 Fannett-Metal's Lizzie Peppernick throws the discus during the girls 2A discus throw at the 2017 PIAA track & field championships held at Shippensburg University on May 27, 2017. Lindsey Smith, GameTimePA.com
Fullscreen 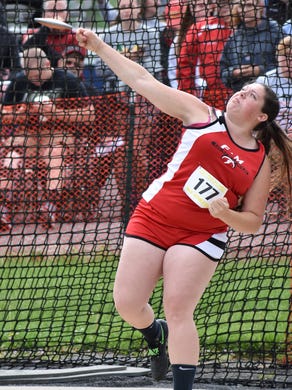 Fannett-Metal's Lizzie Peppernick releases the discus during the girls 2A discus throw at the 2017 PIAA track & field championships held at Shippensburg University on May 27, 2017. Lindsey Smith, GameTimePA.com
Fullscreen 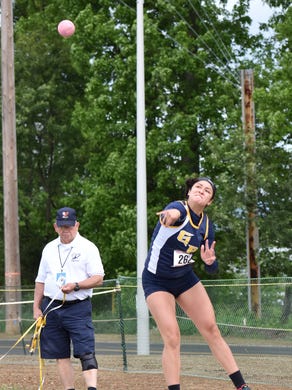 Greencastle-Antirm's Jenay Faulkner throws the shot put during the 3A girls shot put competition at the 2017 PIAA track & field championships held at Shippensburg University on May 27, 2017. Lindsey Smith, GameTimePA.com
Fullscreen

Greencastle-Antirm's Jenay Faulkner hugs her mom, Kristy, after winning a silver medal in the girls 3A shot put at the 2017 PIAA track & field championships held at Shippensburg University on May 27, 2017. Lindsey Smith, GameTimePA.com
Fullscreen

Greencastle-Antrim's Jenay Faulkner stands on the podium after winning a silver medal in the 3A girls shot put at the 2017 PIAA track & field championships held at Shippensburg University on May 27, 2017. Lindsey Smith, GameTimePA.com
Fullscreen 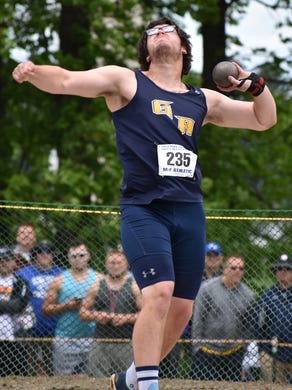 "I knew I had to get out fast and kick on the turn because my strides aren't long enough," Booth said, "And I have to pray that I have enough adrenaline for the end. But that get out really helped me start things off."

He busted out of the blocks and made his way down the first 100 in stride with Atcavage, who stayed with him until the final hurdle. Coming down the stretch Booth gained a slight advantage, clearing the final hurdle and leaning over the line for a finish just 0.28 seconds in front of Atcavage for a new PR.