Everything about the Chambersburg boys lacrosse team has a more positive feel this spring.

That's not hard to picture, since the Trojans are coming off a 1-16 season.

But in addition to returning seven starters, and adding more young talent to an already young and talented core, Chambersburg hopes to take big strides this season.

"Last year we hit the reset button," said Trojan coach Paul Flohr, now in his 11th season, "and now we have to come out of the ashes. It was definitely a learning and growing season.

"But this year we are already ahead of where we were on defense and with our goalie situation, we return all of our attack and two-thirds of our midfield, and we've added some good lacrosse players and athletes."

Last year, the Trojans allowed 16.7 goals per game and scored only 4.5.

Flohr believes the offense will be much improved, simply because all four starters on attack have a year under their belts and have played a lot since the season ended.

"Hopple will run both in attack and midfield and will allow us to do some different things," Flohr said. "Fisher has looked in the crease, Riley is our quarterback and Cosey returns as the sniper of our group." 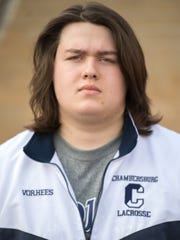 Perhaps the biggest improvement this year could come from the midfield, which wore down because of a lack of depth last year. A pair of freshmen who started last year, Haden Ocker (18 goals) and Thomas Elia (5) are back, and will be joined by Zach Smith and faceoff men Nash Bothe and Devin Ditzler.

Flohr said, "We have great depth at midfield, with two converted attackmen, and two very good faceoff men who are scrappy on both sides of the ball. Our defensive midfielders will be asked to do a lot, and have been up to the task so far."

The revamped defense has one returner, Jacob Voorhees.

Also getting into the mix will be goalie Jarrett Secrist, defensemen Griffin Leedy, Seth Cody and Andrew Shetter, and long-pole midfielders Tucker Heckman and Pierre Alcegaire.

The biggest addition to the defense, however, could be new assistant coach Hammond Urner, formerly the head coach at North Hagerstown.

Flohr said, "Having a coach who can run the defense makes a big difference. The rest of us can focus on areas we need to work on. We have a whole lot of athletes on defense, which is a good problem to have. They're a little raw, but they have a great coach to teach them.

"And with Jared, we think we have one of our best goalies in several years." 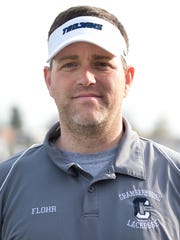 With only four seniors on the roster - all defensemen - Chambersburg is still young and a work in progress, but Flohr believes good things are on the way.

"We are a lot more athletic and faster this year," he said. "We have a lot of our core back and we added some really good quality players from the JV team. And we have 12 to 14 freshmen on the team, so we're heading in the right direction.

"At the end of last year, our young kids started to get it, and our expectations are that we'll get a lot better as this year goes on."