In seventh grade, Liza Ernst was encouraged by her mother to begin playing field hockey “to give her something to do.” 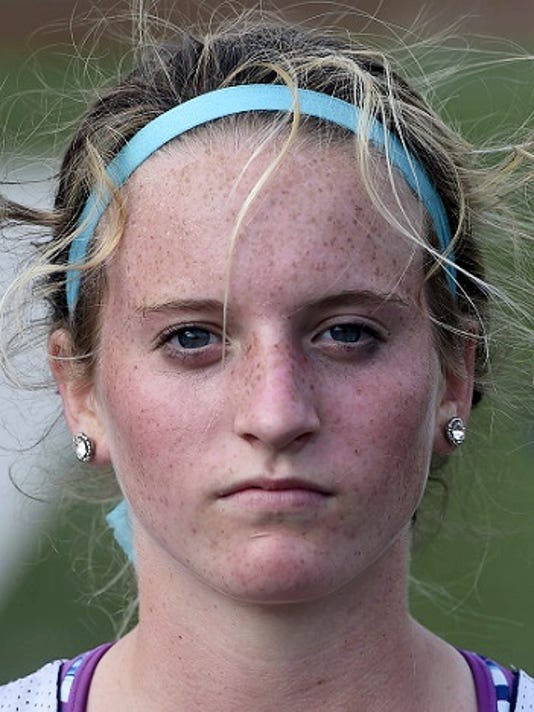 In seventh grade, Liza Ernst was encouraged by her mother to begin playing field hockey “to give her something to do.”

Four years later, Ernst has emerged as a standout on the up-and-coming Chambersburg field hockey team, and has been named the Public Opinion Player of the Year.

The Lady Trojans are in the midst of a playoff drought dating back to the 2008 season, and have not compiled a winning record since then.

But with a young core and Ernst leading the pack, things may be different next year.

“I think it’s really cool how we were so young and we just proved everybody wrong about how we were, even ourselves,” Ernst said. “We showed that we could compete with the really good teams and stayed with them.”

The Trojans had just one senior on the 2015 team, and will return seven juniors to lead the team next season, and a host of sophomores.

“We all kind of look up to each other and try to work off each other,” said Ernst, who emerged as a team leader this season. “So if one of us can do something we all try to teach one another how to do it. We all help each other.”

Finishing the year with a 8-10 record, the Trojans were led by Ernst, who had 10 goals and eight assists for the season. But according to Chambersburg coach Jen Amsley, her contribution to the team goes much further than the stat sheet.

“She has a natural ability, and she keeps improving,” Amsley said. “She understands the level of commitment that she needs to have to be successful, so she’s been able to sharpen her skills.”

Amsley credits Ernst’s versatility and dedication to the sport as reasons she may catch a college recruiter’s eye. Ernst has been approached by local Division II universities and has participated in D-I program clinics.

“Her only goal is to make it to the next level and she’s just about there,” Amsley said. “She’s worked really hard to get there and it really shows on the field. She has dedicated herself to the sport and to be a Division I field hockey player.” 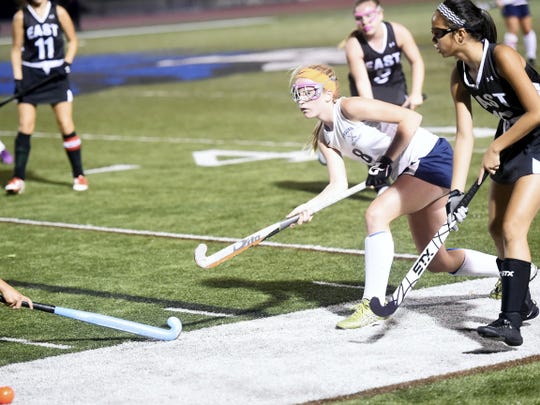 Ernst also participates in the Central Penn Elite field hockey club year-round, while also playing lacrosse for Chambersburg in the spring. But she admits that field hockey is the priority.

“I like lacrosse because I don’t take it as seriously as field hockey,” Ernst said. “But I want to play field hockey in college.”

Amsley said Ernst’s competitiveness is just one more attribute for the midfielder, who finds a competitive edge whenever she’s on the field.

“She can do anything asked of her,” Amsley said. “But as far as her age and where her skill level is she’s very high. But overall I’d say her ability on the field to see the entire field -- and she has a great passing game -- that’s probably one of her best attributes.”

Interests: She also plays lacrosse for Chambersburg, and plays on a year-round field hockey team

Favorite field hockey memory: Ernst’s favorite memory from the season was beating Mifflin County, a game in which she had the lone goal in a narrow MPC victory, and the teams overtime appearance against Cumberland Valley. She also enjoyed playing World Cup at practice before a slue of injuries

If she could play another position: Forward

Favorite show: Grey's Anatomy, which Ernst was watching when she got the call about Player of the Year, but had to wait to answer until the show was over.

Statistics: Ernst emerged as one of the most versatile players for the Lady Trojans, leading the team with 10 goals and eight assists.