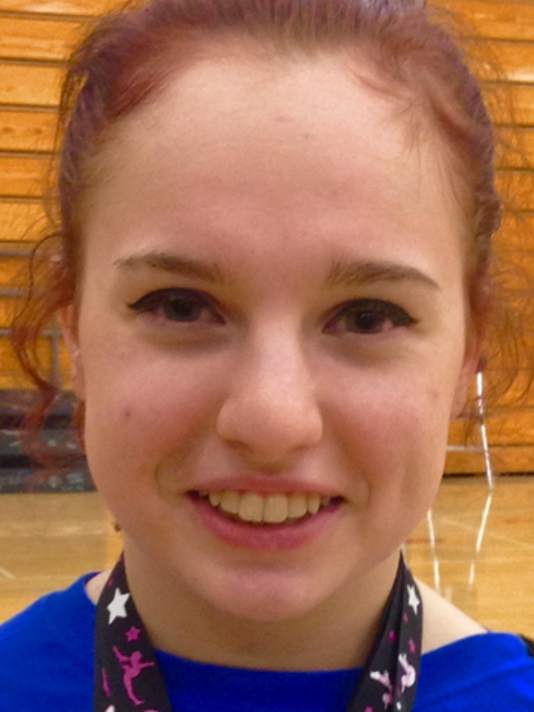 Since joining the Waynesboro high school gymnastics team, Alex Stoops has swept away the competition in nearly every event she's competed in this year.

In the seven meets in which she's competed, Stoops has taken home seven all-around trophies, and has earned first place in 27 of the 30 events, including a sweep at last week's South Central Pennsylvania gymnastics championship.

Stoops is this week's Public Opinion Female Athlete of the Week.

"What I think is particularly amazing about Alex is it's just another day, another meet," Waynesboro coach Amy Dennis said. "You saw no difference in the way she approached her routine in the district meet than she approaches it at a regular meet and even in warmups. You don't see any nerves or any doubt."

In the first high school invitational of the season, Stoops fell in a pass on beam that included a back handspring back tuck. Dennis said you could find Stoops in the gym working on that pass over and over until she got it right, and it paid off at districts.

But even after 11 years of training at Rainbow Gymnastics, and winning virtually every time she stepped foot on a mat this season, Stoops still does not see herself as a dominating performer.

"I don't really think of myself as like super good, to be honest," Stoops said. "When I go to meets with Rainbow - with other people in my level - I'm in the middle."

But Stoops admitted there is a difference between the atmosphere at Rainbow than in the Waynesboro gym.

"I wasn't really sure what level all of the other people on the other teams we're going to be at, so I wasn't sure where I would be competing," Stoops said. "I was happy to see that I was at a higher level than everybody else and as the season went on I found myself helping to lead the team."

Stoops is the fourth level-nine gymnast to come through Waynesboro's high school gymnastics team since 1990, and will likely compete in the Diamond Division at states, where only 10-12 gymnasts qualify per year.

"Just by qualifying, she is already at the top of the top," Dennis said. "I think one of the things that I've been most surprised about is that people typically have a weak event, but I don't see that with Alex."

Other interests: She plays base clarinet in Waynesboro's concert band and marching band.

Surprising fact: She'd like to continue gymnastics in college and eventually coach.

Statistics: Stoops swept the South Central Pennsylvania gymnastics championship, earning gold in every event and taking home the all-around trophy, despite Waynesboro's second-place finish ... Stoops earned 35.8 total points to win all-around thanks to a 9.5 result on vault, 8.3 on bars, 9.55 on beam and 8.8 on floor.