First, Hoffman is headed to Division-I University of Louisiana, Monroe. Hoffman was a three-time all-state selection and three-time USA Volleyball National Qualifier. She will be a setter at ULM and also play sand volleyball for the school.

Seitz will attend Air Force and play libero. She is a two-time USA Volleyball National Qualifier. 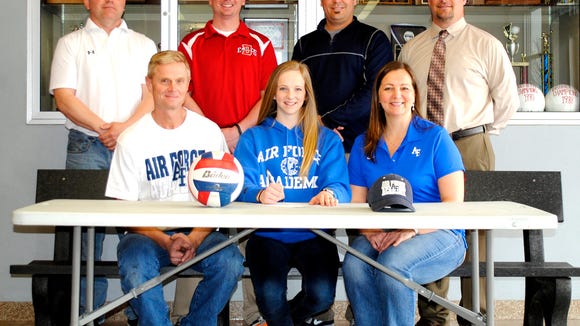 Hoffman and Seitz just qualified for their final national event with the EC Power, a club team headed by Dover coach Brett Hoffman. The team practices in King of Prussia and last weekend secured its national spot at the Keystone Region National Bid tournament.

Up next for Hoffman and Seitz's club team is the USAV Girls Junior National Championships, which will be held June 24 to July 3 in Minneapolis.